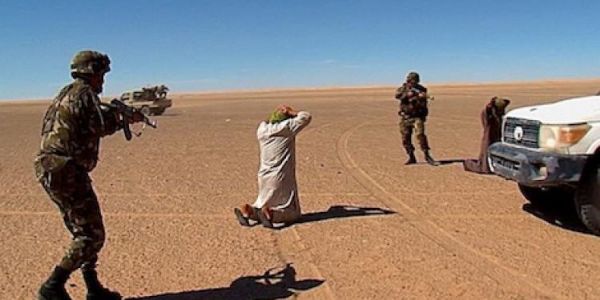 After the scandal of the diversion of humanitarian aid by polisario and Algeria currently being examined by the European Parliament, a new matter has been brought to the attention of the European Commission. It concerns the extrajudicial executions in the Tindouf camps.

In a parliamentary question, Italian MEP Silvia Sardone recalled that on 28 April 2020 the Algerian army opened fire on a group of people in the Tindouf camps when they tried to move between two camps. Three people were wounded and six others arrested.

The MEP explained that after the outcry this event caused in the camps, where repression was stepped up on the grounds of the state of emergency linked to the COVID-19 pandemic, the Algerian authorities forced the relatives of the injured not to complain to the United Nations High Commissioner for Refugees, making the release of the six detainees conditional on their silence.

Sardone emphasized that this is not an isolated act, noting that the use of firearms against civilians in the Tindouf camps has been reported by several non-governmental organizations, which have denounced at least eight other assassinations since 2014.

However, she said, “Algeria, the country hosting Sahrawi refugees, has never opened investigations, thus violating its obligation to protect the right to life and the freedoms of movement, expression and settlement established by the United Nations Convention relating to the Status of Refugees”.

The MEP called on the European Commission to require the Algerian authorities to open judicial investigations into these facts.