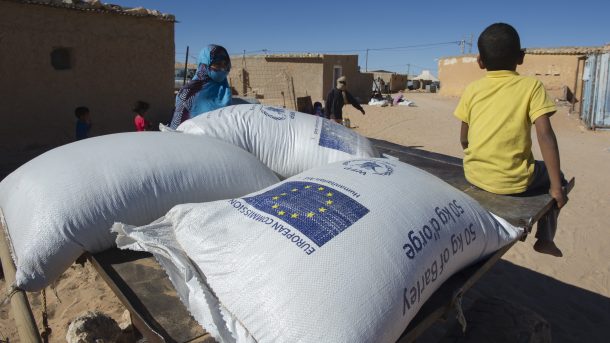 European law expert and lawyer at the Brussels bar, Stéphane Rodrigues, has said that the embezzlement of humanitarian aid sent to the populations held in the Tindouf camps continues.

“It would be useful to check whether the measures that the European Commission says it has adopted since then have been implemented or proven their effectiveness,” he said.

OLAF concluded that the embezzlement of humanitarian aid sent to the Tindouf camps enabled those involved in these operations to get richer, the expert in European law pointed out, adding that the hypothesis according to which Polisario’s embezzlement of this aid helped to get military equipment “could be correct”, given the development of the front’s armament.

OLAF noted that the main cause of the diversion stems from the lack of an official census of the number of aid recipients, he said, adding that “if you overestimate the number you open up temptations to an increasingly large number of intermediaries and fraudsters” to carry on the embezzlement of this aid.

This census is not only a request from OLAf but an international demand, he stressed, recalling in this regard the resolution of the UN Security Council of 2015 which called for the census of people in Tindouf Camps.

Rodrigues also said that Algeria has levied a 5% tax on this aid, while refusing to count population in these camps.

The expert in European law shed light on the disastrous situation in the Tindouf camps and the climate of despair prevailing among the population which makes them easy prey for organized criminal networks.