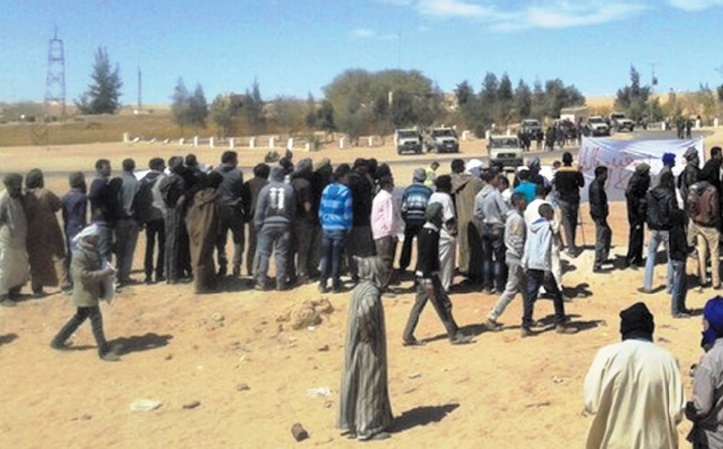 The Polisario chief Brahim Ghali and his lieutenants, who run out of arguments to defend their separatist thesis, have been lately targeting not only Morocco, but also the UN, its Secretary General and the Security Council.

The Polisario leaders, who receive their orders from the Algerian Generals, are in disarray. Their rift deepened and their weakness worsened further with the outbreak of coronavirus pandemic which has silenced for a while the few countries that still support their separatist claims.

Thus, the Polisario front found itself alone on the international scene, while it is already struggling to handle an explosive situation in the Tindouf camps rocked by growing protests against the deteriorating living conditions due to the decline in international humanitarian aid.

In a desperate attempt to calm down the situation, the Polisario leaders tried unsuccessfully to blame Morocco, France, which supports it, and the United Nations, which has definitively buried the option of “self-determination referendum” to which the Polisario and its Algerian supporters cling to.

The Polisario, which has been increasingly isolated on the international scene, is criticizing United Nations and the Security Council for backing the Moroccan position and for the delay in appointing a new UN envoy for the Sahara. But the experts blame this delay on the polisario intransigent stand which continues to obey blindly to the orders of the Algerian authorities.

Moreover, the Spanish judiciary continues its investigations into some Polisario leaders including Brahim Ghali, accused of serious crimes and human rights violations.

Following the Spanish Public Prosecutor’s Office advice, Magistrate José de la Mata Amaya of Spain’s top criminal court has decided lately to extend by another year (till Aug.2021) the judiciary probe launched after the complaint lodged in January 2008 by the Saharawi Association for the Defence of Human Rights against 24 senior Polisario officials and four Algerian intelligence officers, accused of torture, rape and other abuses punishable with heavy penalties.

The Spanish prosecutors’ decision to keep open the case against the polisario leaders will be hanging over them as Damocles sword until August 5th, 2021.