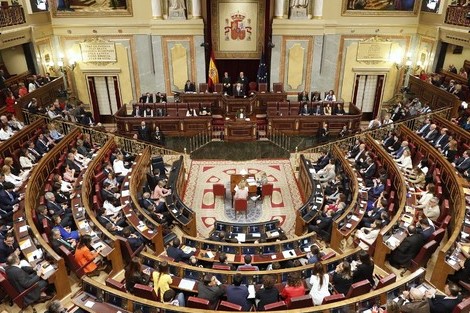 The Pacific Alliance reiterated on Monday its support for the autonomy initiative in the Sahara proposed by Morocco and for the political process conducted under the exclusive aegis of the United Nations. During a virtual meeting, organized at the initiative of the Moroccan Embassy in Santiago de Chile, with the participation of the Pacific Alliance Interparliamentary Monitoring Commission (CISAP) and Speaker of the House of Representatives Habib El Malki, the participants reaffirmed the support of the CISAP for the “serious and credible” initiative of autonomy in the Moroccan Sahara, expressing the support of the Commission for the different relating resolutions of the Security Council, in particular resolutions 1754 and 2494.

In addition, the CISAP expressed the wish to further strengthen the mechanisms for cooperation and political dialogue between the Pacific Alliance and the House of Representatives “by establishing a permanent relationship, joint activities and a sharing of experiences, according to the Final Statement of this meeting, chaired by Habib El Malki and Chilean MP Miguel Angel Calisto, pro tempore president of CISAP. In addition, the participants in this meeting deeply regretted the suffering of the victims of the Covid-19 pandemic”, while reaffirming “their willingness to work together to overcome the health, economic and social crisis”.

They also affirmed their support for the initiatives of States to counter the pandemic, calling for the coordination of solutions and good practices”.

Besides El Malki and Calisto, this meeting was attended by the Colombian senators José Luis Pérez, Paola Holguín and Luis Eduardo Diaz, the Mexican deputy Mariana Rodríguez and the senator José Ramón Enríquez (Mexico), the Peruvian parliamentarian Alexander Lozano, the Ecuadorian deputies Patricio Donoso and Elizabeth Cabezas in addition to the Moroccan Ambassador to Chile Kenza El Ghali. Created on April 28, 2011 under the Lima Declaration, the Pacific Alliance, in which Morocco is an observer member, is a regional economic community of 225 million inhabitants.