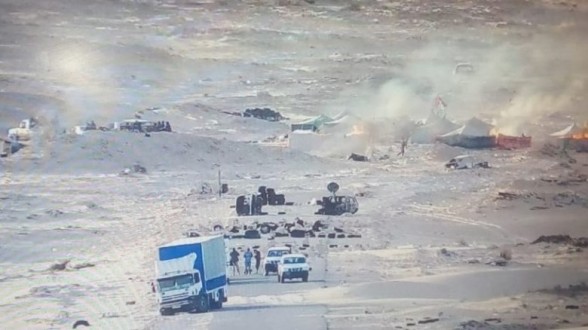 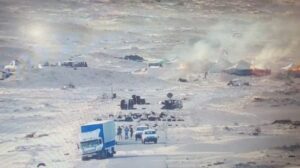 Morocco remains “firmly determined to react (…) to any threat to its security” and its territorial integrity, warned King Mohammed VI, in a telephone conversation held Monday with the UN Secretary-General, Antonio Guterres, on the situation in the Moroccan Sahara.

During this phone call, the Moroccan King said that his country is committed to the ceasefire, but “remains firmly determined to react, with the utmost severity and within the framework of legitimate defense, to any threat to its security and the peace of its citizens”, said a statement released by the Royal Office.

The reaction of the Moroccan Monarch comes after Polisario Front declared on Friday war on Morocco ending thirty years of ceasefire in response to an operation carried out by the Moroccan army in the buffer zone of Guerguarat, in the southernmost tip of the Moroccan Sahara, to restore road traffic with Mauritania, blocked by the Polisario separatists, at the border post of Guerguarat.

The UN peace mission, tasked with preventing any resumption of conflict between the two parties, confirmed exchanges of fire during the night from Sunday to Monday, without specifying exactly where.