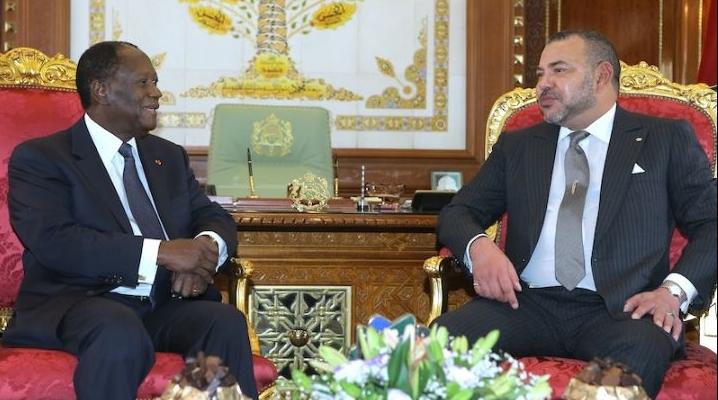 The President of the Republic of Côte d’Ivoire, Mr. Alassane Ouattara, assured HM King Mohammed VI of his country’s solidarity and full support for the initiatives of the Sovereign aimed at further mobilizing the Secretary General of the United Nations in favor of strict compliance with the status of the buffer zone of El Guerguarat.

In a letter sent to the Sovereign, President Ouattara praised the great restraint shown by Morocco in the face of the provocations of the Polisario “which we condemn unanimously”.

The President of Côte d’Ivoire underlined that his country condemns the unilateral attitude of the Polisario front which could undermine the political process.

“Your reaction reflects the respect that You grant, in all circumstances, to the resolutions of the Security Council of the United Nations, as well as Your faith in a final solution to the whole issue of the region, within the framework of the World Organization”, Ouattara pointed out, while welcoming the peaceful restoration of order in the El Guerguarat area.