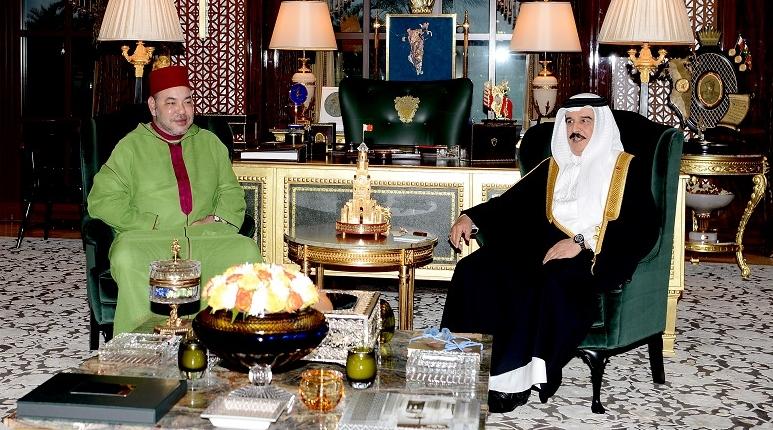 Rabat – Here follows a statement by the Royal Office:

“His Majesty King Mohammed VI, may God assist Him, received on Thursday a phone call from His brother, HM Hamad Ben Issa Al Khalifa, King of the brotherly Kingdom of Bahrain.

On this occasion, HM King Hamad Ben Issa Al Khalifa informed HM the King of the decision of the Kingdom of Bahrain to open a consulate general in the Moroccan city of Laayoune, a decision which will be the subject of coordination between the ministries of Foreign affairs of the two countries.

During this phone conversation, HM King Hamad Ben Issa Al Khalifa welcomed the decisions ordered by HM King Mohammed VI, may God assist him, in the region of El Guerguarat, in the Moroccan Sahara, and which led to a decisive and effective intervention to preserve peace and stability in this part of Moroccan territory, and to ensure a normal and secure flow of people and goods between the Kingdom of Morocco and the Islamic Republic of Mauritania.

HM King Mohammed VI, may God assist Him, expressed to his brother HM Hamad Ben Issa Al Khalifa His heartfelt thanks for this important decision, which reflects the continued solidarity between the two brotherly countries, as well as His high consideration for the constant positions of the brotherly Kingdom of Bahrain, in support of the territorial integrity and national unity of the Kingdom of Morocco.”