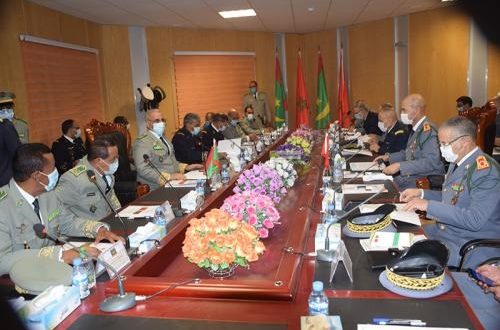 Nouakchott: The joint Mauritania-Morocco military commission held, on Monday in Nouakchott, its second meeting under the chairmanship of the Chief of General Staff of the Mauritanian Armed Forces, Major General Mohamed Bamba Meguett, and the Inspector General of the Royal Armed Forces (FAR), Lieutenant General Abdelfattah Louarak, who is visiting Mauritania

This meeting, the second of its kind between the two parties, aims to strengthen the bilateral relations of cooperation in the military and security fields, as well as the prospects for the development of this cooperation, Mauritanian News Agency (AMI) reported.

This meeting is part of a three-day visit to Mauritania by Abdelfattah Louarak at the helm of a large delegation, the same source added.