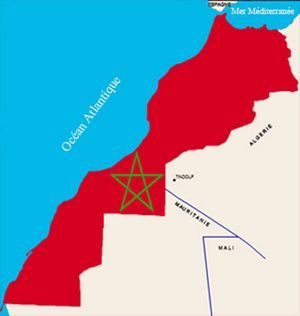 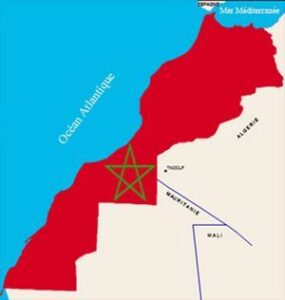 The Israeli government is about to officially adopt a new map of Morocco, including its Western Sahara less than a month after the normalization of relations between the two countries.

According to a spokesperson of Israeli foreign ministry, cited by public Kan channel, the change comes after a controversy triggered in social media by a footage of Prime Minister Benjamin Netanyahu.

On Saturday, while he was speaking about the telephone conversation he had with King Mohammed VI, a map with a demarcation line separating Morocco from its Sahara was visible in the background of the office of Israeli PM, irking Moroccan Internet users, says Times of Israel.

“The map is old and will be replaced. This will be corrected in the new upcoming maps”, said the spokesperson of Israeli foreign ministry.

The normalization of relations between Rabat and Tel Aviv has been preceded by the announcement on December 10 by U.S. President Donald Trump of the official recognition by the United States of Morocco’s sovereignty over the entire Western Sahara territory.

On December 12, U.S. Ambassador to Rabat David Fischer unveiled a new map of Morocco including its Sahara. The map was adopted by the U.S. administration following the presidential proclamation recognizing the Moroccan full sovereignty over its entire Sahara.

The United States has also already begun the process of setting up a consulate in Dakhla, one of the main provinces of the Moroccan Sahara that is home, like the city of Laayoune, to a dozen of consulates of Morocco’s friendly countries.