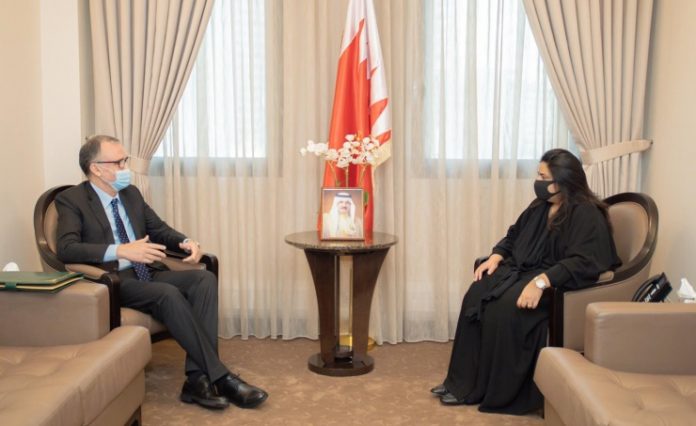 The opening of Bahrain’s Consulate General in the Moroccan city of Laayoune is a historic and a strategic step for the solid and prosperous relations between the two brotherly countries, Bahrain’s Foreign Ministry Undersecretary Shaikha Rana bint Isa bin Daij Al Khalifa said on Wednesday. During talks with Morocco’s Ambassador to Bahrain Mustapha Benkhayi, the Bahraini official underlined that the opening of this consular representation embodies Bahrain’s unwavering and supportive position to Morocco and its security, stability, sovereignty and rights.

The opening of the consulate general in Laayoune will provide a strong impetus to the continuous efforts of the two countries to advance various aspects of their cooperation towards wider prospects and develop coordination on regional and international issues in a way that promotes their interests and meets the aspirations of their people for further progress and prosperity, she said.

The official also expressed the pride of Bahrain, under the leadership of HM King Hamad bin Isa Al Khalifa, of the strong fraternal relations between the two kingdoms.

For his part, Ambassador Benkhayi stressed Morocco’s commitment to strengthening its close fraternal relations with the kingdom of Bahrain and its deep appreciation of the steadfast fraternal positions of Bahrain in support of the Kingdom of Morocco, which reflects the depth and strength of bilateral relations.

On this occasion, the diplomat highlighted Bahrain’s important role in developing joint Arab action and preserving the security and stability of the region.