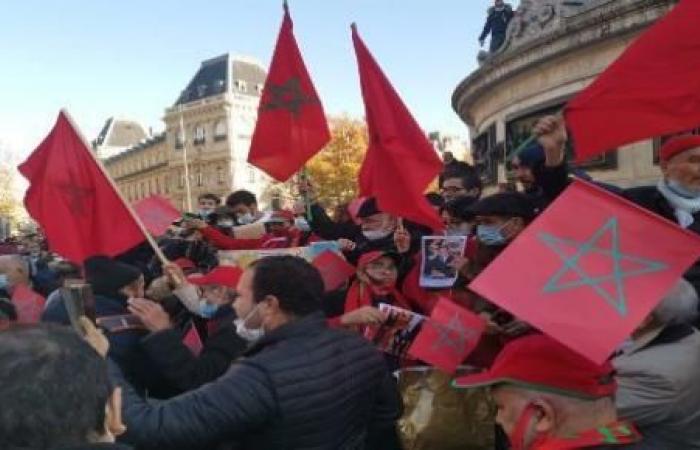 France is politically ready to recognize the Moroccanness of the Sahara, given its positions supporting Morocco at the Security Council on the issue of the Moroccan Sahara, says Arabic-speaking newspaper “Al-Ittihad Al-Ichtiraki”.

In an article by Talaa Saoud Al-Atlassi, the publication underlines in its Thursday edition that “high-profile French personalities, endowed with influential institutional positions, took the initiative to demand the recognition by the French Republic of the Moroccanness of the Sahara, following the U.S. decision. A recognition of which France should have been the initiator … because the country is politically ready for this recognition, given its positions expressed at the Security Council in favor of the legitimate, peaceful and just Moroccan national choice to put an end to the Algerian dispute on the issue of the Moroccan Sahara”.

The paper stresses that “these high-profile French personalities, whose number continues to rise every day, insist, explicitly or implicitly, on the great political and economic interest of France and its active presence in the trajectories of strategic and economic transformation underway in the Moroccan Sahara and which extends across this region towards Africa”.

“French diplomacy can help to mitigate the internal crises in France by instilling hope, in a political and economic dynamic directed towards Africa, through the Moroccan levers. A France that is curled up on itself will only exacerbate its crises. French action to and within Europe is of limited effectiveness, if not even unprofitable at all. Asia has long been locked in by its Tigers. North and South America are separated from France by an immense ocean submerged in historical differences and locked by Washington”.

Africa, on its own, offers France opportunities for political and economic investment, on the basis of a win-win deal, and Morocco can offer a path of integration to France in all of its various and expanding development dynamics, especially those underway in the Moroccan Sahara and extending to Africa, the author of the article points out.

“Morocco finds itself today in a different situation from that suggested by an old image, to which some French politicians have become accustomed. Morocco is moving forward today with confidence on the path of progress, boosting all its energies. Aware of its problems, Morocco is moving forward, step by step, calmly and firmly… Morocco today is promising for itself and for others.”

In his analysis of the current situation in France, Talaa Saoud Al-Atlassi believes that in view of the French presidential elections, which are looming in about fourteen months in the spring of 2022, the far right is beating the drums of its conquest of the country, through elections and with great confidence as its rhetoric has become normalized and is even reproduced by the French political forces, for the sake of electoral gain.

French politicians and all of the French society are preparing to endure the ordeals of the electoral campaign, while France is leading a “social vaccination” campaign against the pandemic. France is struggling today to mitigate the consequences of the pandemic, at the biological, economic and social level and will start the presidential elections in an atmosphere of political storm blowing on its regime on the left and on the right. A pandemic, then a storm, and in the storm there is a lot of “pandemic dust,” the author writes.

“On the dashboard of the French administration, yellow and even red flashing lights warn of potential malfunctions or imminent dangers (…) in the political and economic fields. The economic situation is recording its worst indicators since World War II. The social situation is dire, decimated by political tensions which feed on the deterioration of the living environment. In short, political action has been emptied of its essence of popular confidence,” Al-Atlassi notes.

“Anyone who follows the French media on a daily basis, listens to and reads harsher analyzes than those I publish, will find that France is still looking for itself and is confused in its actions.”
In addition, the author of the article wondered about the position of French foreign policy. “A country which complains of an economic weakness, of a political frenzy and which seems socially confused. How will this State proceed in terms of foreign policy in order to make it profitable at the domestic level? A France, without an active and brilliant international presence, will not be France as the world knows it and as it knows itself … The French presence in the world is marred by wars and colonialism, mainly in Africa and in some Arab and Asian countries.”

“And France has maintained afterwards an external influence, mainly thanks to cultural assets, which have offered it the keys to access political influence and economic profits. The world has since changed a lot and new actors have appeared with temptations and attractions and even with specific and stronger pressures.”

For Talaa Saoud Al-Atlassi, “France has entrenched itself in the face of fierce competition which stood in the way of its assets. It has lost its leadership positions (…). His foreign policy immunity had to weaken and exhaust its voice even though it was supposed to resonate more, like what is happening in Lebanon where President Macron’s orders to political leaders did not help resolve the government crisis. Same story in the Sahel and Sahara region in the face of growing dangers, the limitations of its room for maneuver reflect a desire to remove it from the region.”

Regarding relations between Morocco and France, the daily publication underlines that the Kingdom is close to the Sahel region, which gives Moroccan-French relations another area of joint action and understanding, in addition to the usual other areas.

“Despite the difficulties that the French governments encountered in maintaining the balance of their relations with Morocco and Algeria, and despite the blackmail exercised by Algeria on the conscience of France each time Paris looks towards Morocco, Franco-Moroccan relations have retained their vitality and dynamism. They go through pitfalls, cross bends or go up slopes … but end up resuming their course, evolving smoothly in a climate of mutual respect and benefit, without complexes nor resentment.”

France is present in Morocco in influential and strategic, economic, cultural and social positions and it also has a distinguished political presence with Morocco within the United Nations, while the Moroccan Sahara is in the process of international legitimation, the newspaper says, adding that within the Security Council, France was guiding the path of wisdom for the adoption of the autonomy proposal initiated by Morocco, whether in terms of its content or its objectives, as was the case in the last Security Council resolution.

And to conclude that with the new American recognition of the Moroccanness of the Sahara, its attractiveness within the Security Council and its strategic economic repercussions on the situation of the region in general, the need for France will be more pressing to support stabilizing peace in the region and preserving its interests there while reactivating a qualitative dynamic.