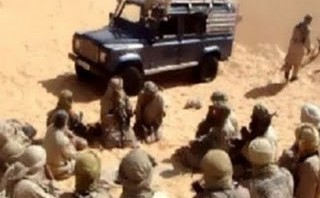 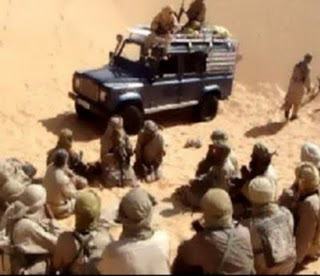 The threat that the Sahara becomes a new Afghanistan at the doors of Europe, has been the  subject matter of analysis by the American media this week. It is the case of the Washington Post and of the think tank of the Hudson Institute (THI) which have pulled the communication cord about a threat which keeps increasing.
« If the Sahara becomes the new Afghanistan, the consequences would be disastrous » for North Africa as well as Europe ». The increasing power of Al Qaeda in the Islamic Maghreb “threatens the stability of Mauritania, Mali and Niger, and would offer withdrawal areas for Al-Qaeda from which they may metastasize and take important dimensions at the international level”, stated the THI. The consequences are disastrous not only for the region, but also for Europe which is very close as well as South America. Because Colombia is complaining that North Africa has become the hub for drugs tycoons which it is attacking from inside ».

In this disastrous scenario, the Western Sahara conflict occupies a central place. “despair  which is a strain on the life in Tindouf camps constitutes a godsend for those using drug traffic networks and Islamist groups”, analyzes the American think tank, based on reports made by intelligence services in the region. “if Polisario continues persecuting the dissidents and supporting Al-Qaeda’s presence, negotiations on the Western Sahara led under the UN’s aegis may remain sterile at a time when the region attracts more and more radical Islamists who set their heart on creating another bastion of Al-Qaeda” in this very sensitive area at the doors of Europe, according to this analysis.