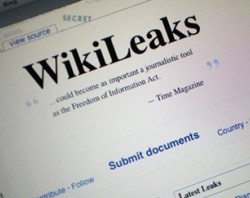 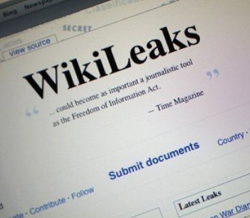 Autonomy rather than self-determination is the tendency chosen y the majority of the Western Sahara provinces inhabitants . This tendency is confirmed by many foreign independent sources. The former personal envoy of the UNO Secretary General for the Western Sahara, Peter van Walsum, has himself confirmed it, by qualifying the independence option of being unrealistic. This statement of an « unusual candor » has rised the anger of the Algerian authorities and the Polisario leaders who have done everything in their power to get rid of Walsum, threatening to abandon the negotiations table about the Sahara conflict.
A diplomatic telegram written in August 2009, and published recently by Wikileaks, underlines that « a large range of interviews and of different sources suggest that the main objective of the majority of Sahrawis is to achieve autonomy rather than self-determination ». As an evidence of this, the document, mentions the « important »  percentage of participation to the last communes elections in the  Southern provinces.

A pro-Polisario activist which statements are reported in the diplomatic telegram , « has informed us of his conviction that the majority of voters would choose the autonomy, if free elections are organized today ». Especially that the Moroccan autonomy proposal has been qualified, according to the same report, by Washington and by other important capitals of « being serious and credible », while being supported by a declared will (of Morocco) to negotiate the issue ».
What reinforces the choice of the Sahrawis prefering the Moroccan autonomy plan instead of the self-determination referendum to which the Polisario remains attached with a blind support from the Algerian authorities, is the clear improvement of life conditions in the Western Sahara.  Thanks to the « great resources » invested by the Moroccan government in the South of the Kingdom, as stated by the report revealed by wikileaks, « the levels of development and social services overcome all the recorded levels » in the other regions of Morocco.
The document is also a statement about « the high levels of urban development » to the extent that Laayoune city has become « the first » city without shantytown in Morocco. Furthermore, the social indicators such as  access to schools and  education as well as health services are situated at a high level and, thus, constitute a reason for the Sahrawi population to be satisfied.
Besides, the diplomatic report which is authentic to some « Credible Sahrawi sources »  brings up the « increasing interest » in Tindouf camps for a negotiated solution.
Finally, the diplomatic report qualifies the calls made by Morocco of being reasonable concerning the achivement of a census in Tindouf camps and an audit of international programs set up there.