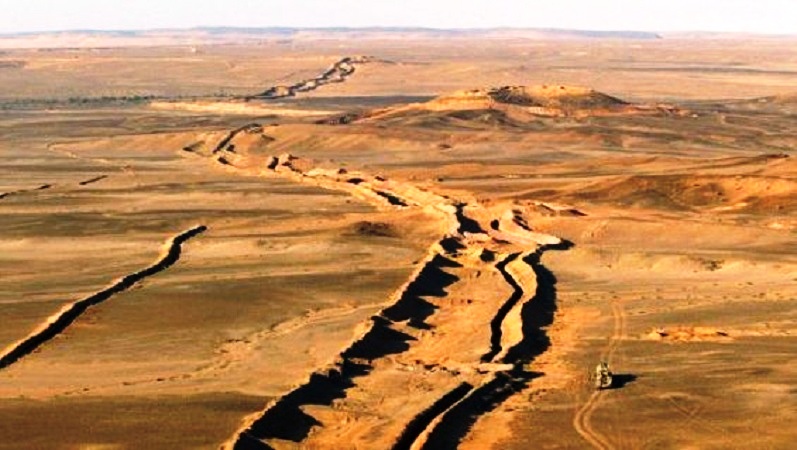 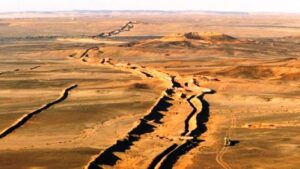 The Royal Armed Forces (FAR) have completed the extension of the security belt along south-western Algerian border, putting an end definitively to the incursion of Polisario militias in Moroccan territory.

Built over a 50-km strip stretching up to Touizgui zone of the Assa-Zag province and located near Algeria’s southeastern border, the new security measure will prevent now any incursion into Moroccan territory by militiamen of the Polisario coming from the Tindouf camps and will bloc all traffickers operating in West Algerian desert.

By completing the construction of the defense berm, the Royal Armed Forces have also ended the myth of “liberated lands” trumpeted by Polisario propaganda.

The new extension of the defensive wall was carried out in the rural commune of Touizgui located between the communes of Assa in the north and Zag in the south, part of the Guelmim Oued Noun region.

Last November 13, engineering teams of the Royal armed forces secured a strip of less than 10 km that connects the Moroccan border post of Guerguarat to the north of Mauritania, after having chased away polisario operatives who blocked the normal flow of vehicles and goods between the two neighboring countries.

The defense berm that extends now from Guerguerat to Ouarkziz along the eastern border of Morocco with Algeria, has been thus completed, putting an end definitely to the provocative acts of the Polisario militiamen.

On January 24, the Polisario had announced in one of its communiqués of an imaginary “war”, attacks against Moroccan positions in the Ouarkziz region, particularly in Labaaj, Tarf Buhanda and Touizgui zones.