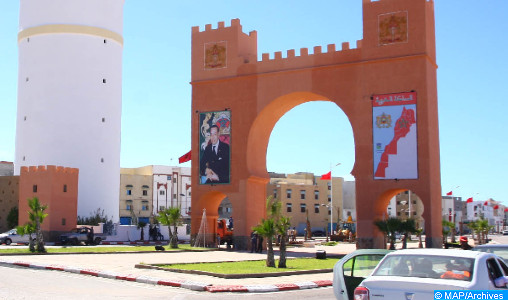 Algeria’s blundering reaction to the will of the international community on the Moroccan Sahara issue has only bogged down this country further in its madness, according to Arabic-language daily “Al-Ittihad Al-Ichtiraki.”

In an article by Talaa Saoud Al-Atlassi, the publication stresses in its Thursday edition that the Security Council resolution of last October, which endorsed Morocco’s pacifist approach, reflects a firm international drive to take this artificial conflict out of the shadows and making it top news. The daily notes, however, that the blundering reaction of Algeria to this international will has generated fallout and ramifications that need to find a way out before the irritation pushes Algeria further into its path of madness.

Algeria has mobilized the “polisario” separatists to stir up trouble in the region of El Guerguerat between Morocco and Mauritania. The goal was to make known its rejection of the UN resolution and the whole UN pacifist approach — while trying to create a “liberated territory” that would legitimize separatism– and to nullify the effect of the 1991 ceasefire, in order to force a review of the international treatment of the conflict over the Moroccan Sahara.

Al-Atlassi also recalls that thanks to an operation to secure the region, the Royal Armed Forces averted the separatists from spreading chaos in the area and devoided their scheme of its supposed diplomatic effect, thus preventing the peaceful will of the international community from deviating off course, even when the cries and threats of the defeated and the losers of an imaginary war turned the Algerian press agency into a military base housing missile launchers that only target and bring down its own fake news.

The momentum related to the Moroccan Sahara issue is like a torrent rushing towards the long-awaited solution, says the journalist.

For the author of the article, the U.S. recognition of the Moroccanness of the Sahara, which has been a support and an appreciation of the legitimacy of the Moroccan unity approach and the diplomatic waltz that has accompanied this recognition — the opening of several consulates of countries supporting the Moroccan legitimacy and international efforts for peace– have all had the effect of a seismic shift in the way Algerian leaders perceive the situation and the outcome of the conflict.

Using the polisario, Algeria “will launch a political attack against the UN to accuse it of bias in favor of Morocco. This is the most eloquent expression of the sincerity of the Moroccan approach, which has been adopted by the United Nations. It is also the best proof of the isolation of Algeria, whose separatist approach does not resonate in the Security Council,” Al-Atlassi says.

“The UN that Algeria attacked through the polisario represents the will of states over which Morocco has no authority or influence. (…) These are states who believe that the conflict over the Moroccan Sahara has lasted too long. Given its proximity to the Sahel and Sahara region, the conflict could contribute to the ignition of the region and the spread of terrorist acts worldwide.”

These countries “insist on a peaceful, realistic, fair, permanent and consensual solution. In other words, a pragmatic, possible solution that takes into account the situation in the region, the reality of the conflict and its history, to achieve self-determination for the Sahrawi Moroccans in the Tindouf camps,” according to the same source.

On the other hand, “the majority of Sahrawi Moroccans are settled in their cities and villages in the Moroccan Sahara, living, working, producing and deciding of the fate of a united Moroccan homeland through the choice of national development. Such a situation thwarts the implementation of the Algeria-led separatist project.”

For the author, “the failure of the Algerian leadership in selling its separatist micro-state stems from the fact that this micro-state is neither acknowledged by the five permanent members of the Security Council, nor by the UN and the Arab countries – except Algeria, its sponsor.” If the Arab world was convinced of the cause, it would have been the first one to present the new micro-state to the world.

This “Sahrawi micro-state” is not recognized by any European country, despite the interaction of some civil society organizations in some European countries with the polisario movement. 45 countries have withdrawn their recognition of the polisario since 2000 after they uncovered Algiers’ motives for sponsoring the separatist movement and freed themselves from Algeria’s pressures and temptations. In total, 164 UN member countries do not recognize this separatist offspring. Isn’t it a situation of isolation that is only getting worse?”Al-Atlassi wonders.

“The choice of peace made by the international community at the Security council limits the room for maneuver of Algerian leaders and forces them, day in, day out, into an increasingly suffocating political isolation, which aggravates their internal wars, exacerbates the effect of the hirak and disrupts their political actions as a whole,” observes the author, who sees that the post-independence Algerian state has exhausted its legitimacy in light of the profound mutation of Algerian society.

According to Al-Atlassi, the separatist movement feels the depth of the Algerian leadership’s crisis and that it will be the necessary sacrifice for any change that the Algerian leadership could undertake, whether vis-à-vis its people or in view of the changes in the region, including the international effort to resolve the conflict over the Moroccan Sahara.

It is in that context that “we are witnessing suspicious moves of the polisario towards some terrorist and separatist movements in the Sahel and Sahara region in order to build some agreement and solidarity with them in order to hedge its bets and strengthen its negotiation leverage with its sponsor in case of pressure. It is an obvious pattern that has become a topic of interest for strategic research centers. The latter see it as an escalation of tensions and regional hazards that could be costly to Algeria in terms of stability and security,” the journalist warns.

For Al-Atlassi, “the region is experiencing turbulent dynamics because of, for and over the conflict of the Moroccan Sahara.”

Algeria’s previous maneuvers to mislead the world have failed. Today, the benefits of supporting the legitimacy and peaceful nature of Morocco’s efforts to preserve its national unity and secure support for peace, solidarity and cooperation are obvious as the region moves towards a resolution of the conflict, the author concludes.