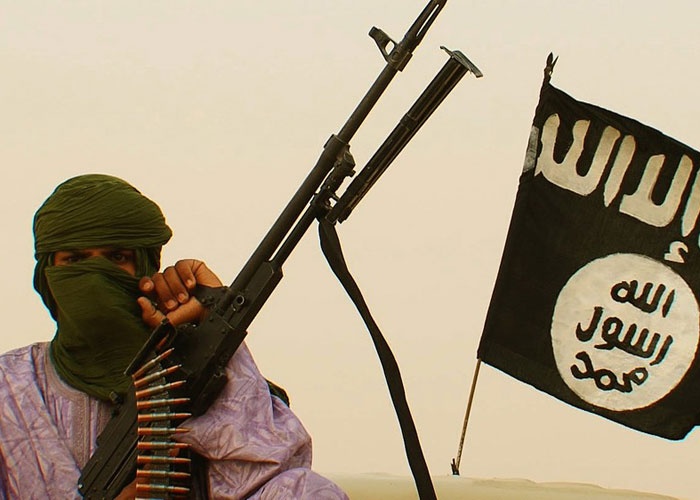 More than 100 separatists from the Polisario front are active within Al-Qaeda in the Islamic Maghreb, warned Cherkaoui Habboub, Director of the Central Bureau for Judicial Investigations (BCIJ), in an interview with Jeune Afrique magazine.

“It has been also established that there is supervision in the Tindouf camps and indoctrination provided by the imams in the camps. It is also a factor that has made the Sahel region what it is today: a threat both for Morocco and for other countries”, underlined Habboub, adding that this observation shows the involvement of the elements of the Polisario front in small terrorist groups, either within AQIM or the Islamic State in the greater Sahara.

Faced with the danger of these organizations, regional security cooperation is a sine qua non condition for eliminating the threat, added the BCIJ director, who deplored the lack of cooperation with Algeria.

This is a danger, but also a brake, for all the efforts made by the countries of the region and the other world powers to fight this phenomenon, he said.

According to Habboub, the Sahel represents a “great danger” and a “great security challenge” for Morocco, noting that this region is the source of the terrorist threat which weighs on the Kingdom and neighboring countries.

“This is explained by the political as well as socio-economic unrest in the area”, noted the Moroccan official, adding that this is a vast region where security surveillance is difficult.

After their respective failures in Afghanistan and Syria, the two main terrorist organizations, namely Al-Qaeda and Daesh, have found “fertile ground” in the Sahel, he warned, adding that, since then, several organizations have been active there: some are affiliated with AQIM (Al-Qaeda in the Islamic Maghreb), and others with Al-Qaeda.

There is also the Islamic State in the Greater Sahara, led by Adnane Abu Walid al-Sahrawi – a native of Laâyoune and a former active member of the Polisario front, who claimed responsibility for several terrorist operations in the region between 2016 and 2020, recalled the BCIJ Director, adding that the United States is offering 5 million dollars for any information to spot him, while the Sahel region is becoming an “epicenter of terrorist organizations”.

Regarding the Moroccan approach to this threat, Habboub said that since the attacks of May 16, 2003, Morocco has adopted, under the leadership of HM King Mohammed VI, a global, integrated and multidimensional approach based on vigilance and anticipation.

“These two principles are fundamental today in the face of the threat from the Sahel”, he explained, noting that, apart from the Sahel region, the return of Moroccan terrorist fighters constitutes “one of the greatest challenges for the BCIJ and the Kingdom”.

The security official recalled in this regard that 1,654 Moroccans have joined the ranks of the Islamic State terrorist organization since its inception in 2014 and that these individuals have been trained in the manufacturing of explosives and deadly poisons.

“In short, these are fighters have warlike experience. Among these 1,654 Moroccans, 270 returned to Morocco. For its part, the BCIJ has processed 137 cases, which means that we have succeeded in bringing 137 individuals to justice. Among them, 115 were active in the Syrian-Iraqi zone, 14 in Libya, plus eight other fighters who were repatriated by the Kingdom, in coordination with the United States in 2019”, he explained, recalling the issue of Moroccan women and minors still stranded in conflict zones.

“To put it clearly, we are never safe, and no country in the world can claim that,” he insisted.

Regarding the Moroccan cooperation in the fight against terrorism, he stressed that Morocco is fully committed alongside its partners in the international coalition against terrorism since the attacks of September 11, 2001. “Since that day, the Kingdom has become a target for terrorists,” he said.

Morocco is effectively committed alongside Arab and African countries and other countries from other continents to fight terrorism, he added, noting that this involves sharing experiences, the exchange of information and continuous security coordination as well as an exchange in the field of training.

He said in this context that “several African officials have been trained in Morocco. These officials come mainly from countries such as Mauritania, Gabon, Burkina-Faso, Guinea-Conakry, Madagascar and Tanzania”.

The BCIJ official also discussed the cooperation with the United States which recently enabled the American authorities to arrest an American soldier for his involvement in the planning of terrorist acts in addition to his links with elements belonging to Daesh.

“The accurate intelligence of the DGST about the soldier and his terrorist plan allowed the American authorities to arrest him and avoid a tragedy. This example reveals the Moroccan approach, marked by continuity and precision in the analysis of information. Add to that the timing of communication. These are all elements that allowed Morocco to be re-elected in 2019 for a third term as co-chair of the Global Counterterrorism Forum”, he said.

Regarding the United Nations Program Office for counterterrorism and training in Africa that Morocco will host, Habboub indicated that the goal of this Program Office is to pool efforts and discuss all topics related to terrorism in the African continent. “It is an honor for us to headquarter this office in Morocco. The Kingdom’s institutions, especially the BCIJ, will use all resources, whether in terms of sharing experiences or in terms of training, to make this project a success,” he said.

He added that “international cooperation is a necessity for all countries. The United States praises the fruitful cooperation with Morocco, other countries like Belgium and France have already done so. With Spain, we are now counting ten joint operations for the dismantling of cells”, noted the Moroccan security official. “We don’t expect a country to praise our efforts to send them information. If a country is in danger, we send it all the information we have to save human lives and preserve the stability of the country”, he noted.

Habboub described as “very satisfactory” the results of the BCIJ. Since its creation, 82 cells have been dismantled, including 76 linked to the Islamic State. 1338 people were arrested, 14 women, and 33 minors. Only 54 arrested individuals had criminal records linked to terrorism, he said.

“If we speak more generally of the Moroccan results in the fight against terrorism, the Kingdom has been able to dismantle 209 cells since 2002. In 2020, the BCIJ dismantled 8 terrorist cells. Regarding the fighters killed during the clashes in the Syrian-Iraqi zone, their number stands at 745″, he concluded.