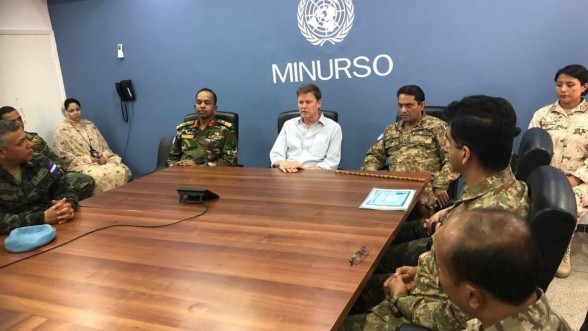 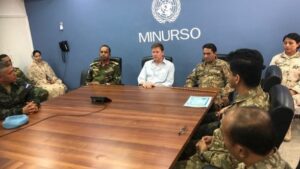 Algeria spares no effort to continue using the few “separatists of the interior” who are living in Morocco but who back the Polisario, even if this means recruiting among the MINURSO personnel. This is what the Algerian intelligence services did with Angelica, an official of the UN mission, normally bound by the duty to remain neutral as imposed by her function.

It was in South Africa that the case was unveiled. Actually, Angelica’s ex-husband, an Indian living in South Africa, disclosed the details of this plot, orchestrated under the direct orders of General Said Chengriha, the chief of staff of the Algerian army and current strongman in the North African country.

According to Angelica’s ex-husband, the MINURSO official had set up a spy cell to coordinate between the Polisario, in the Tindouf camps, and its backers living in the Sahara, notably in Laayoune.

Angelica was helped by her sister, but above all, by the latter’s husband, a Mauritanian, owner of an inn in the region of Marrakech. She was also assisted in her activities by a former official of the MINURSO who had been excluded from the UN mission at Morocco’s request and expelled from the Kingdom.

The Mauritanian national, an agent of the Algerian intelligence service, lives with his wife (Angelica’s sister) in Lalla Takerkoust. The spy couple had lived for two years in Laâyoune, before settling near Marrakech. And it is there that the couple used to receive the separatists.

In addition to serving as a relay for information exchange between the Polisario and the Algerian generals on the one hand and the “separatists of the interior” on the other, the cell is also used to convey the money provided by Algerian intelligence services to the separatists.