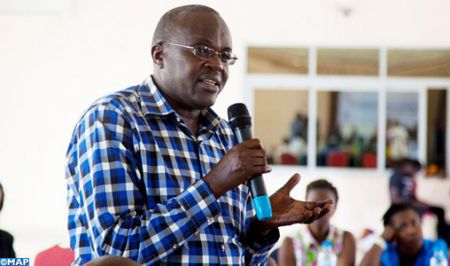 Kigali – The opening of a Consulate General of Senegal in Dakhla, in the Moroccan Sahara, is a recognition of HM King Mohammed VI’s insightful vision for Africa, underlined Andre Gakwaya, researcher and director general of the Rwandan News Agency (ARI).
“The inauguration of this diplomatic representation in the Moroccan Sahara constitutes a recognition of HM the King’s insightful vision in favor of the African continent and a strong testimony to the security and stability enjoyed by the southern provinces of Morocco”, said Gakwaya in an interview with MAP. This researcher specializing in Africa and the Moroccan Sahara explained that the opening of this consulate reflects the fruit of the Kingdom’s African policy and gives concrete substance to the long-standing relations between Morocco and Senegal, noting that Dakar has always supported the national cause of the Kingdom, which weighs heavily on the African scene. He noted that Senegal is the eighth state of the Economic Community of West African States (ECOWAS), the most integrated regional economic community of the African continent, to open its consulate general in the Moroccan Sahara alongside Burkina Faso, Côte d’Ivoire, Gambia, Guinea, Guinea Bissau, Equatorial Guinea and Liberia, adding in this perspective that the majority of states of ECOWAS member countries have diplomatic representations in the Sahara. “These inaugurations consolidate the image and the influence of the Moroccan Sahara as an anchor point of the Kingdom of Morocco in its home continent”, said Gakwaya, adding that the Moroccan Sahara is beginning to establish itself as a pole of significant development within the continent.