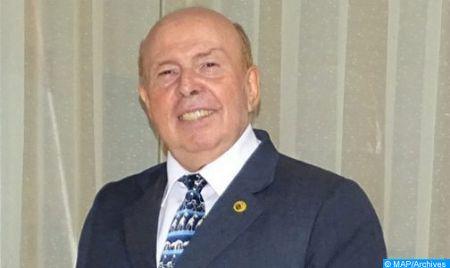 The international momentum in favor of the Moroccanness of the Sahara “continues and is irreversible,” said Peruvian expert in international relations, Ricardo Sanchez Serra, underlining the growing and unequivocal support for the Kingdom and the autonomy initiative that aims to solve the artificial dispute over the territorial integrity of Morocco. Sanchez Serra wrote, in an article published by the Peruvian daily “La Razon”, that “the momentum in favor of the Moroccanness of the Sahara reflects the growing and unequivocal support for Morocco and the autonomy plan presented by the Kingdom in 2007,” noting that this “serious, relevant, credible and realistic initiative is the only basis for a fair and lasting settlement of this artificial conflict”. The expert recalled that 21 countries from different regions of the world have opened consulates general in the southern provinces of the Kingdom, believing that this is a dynamic that will continue in the future. For him, the recent opening by Senegal of a consulate general in the city of Dakhla is part of the affirmation by the international community of the sovereignty of Morocco over its Sahara. Moroccan diplomacy, under the leadership of HM King Mohammed VI, has achieved great successes, including the recognition by the United States of the full sovereignty of the Kingdom over the Sahara, said Sanchez Serra. He noted that Washington’s decision was followed by several decisions affirming the Moroccanness of the Sahara, such as the signing of a new cooperation agreement in the field of maritime fisheries between Morocco and Russia, which includes the southern provinces, the visit of a high-level delegation of the Chinese Chamber of Commerce in Dakhla, the call of many European political actors to follow the example of the United States and the strengthening of cooperation with Britain. Sanchez Serra stressed that “this international presence in the Moroccan Sahara, which benefits from the stability enjoyed by the Kingdom, is not due to chance,” explaining that efforts are continuing to implement the development model launched by His Majesty King Mohammed VI in 2015 with a budget of 8 billion dollars. The Peruvian expert added that this development model aims to make the southern provinces of the Kingdom a “real lever for development” through large-scale projects such as industrial units, technology parks and ports like Dakhla, in addition to solar and wind power plants, desalination plants and dams. Projects in which the economic actors of the southern provinces are heavily involved. He also referred to the “aberrant” maneuver of Algeria, which deployed polisario militias to block the border crossing of El Guerguerat between the Kingdom and Mauritania, before Morocco intervened and released the crossing. The Algerian regime exploits the Sahrawis held on its soil to attack Morocco, its interests and the stability of the entire Maghreb region, concluded the Peruvian expert.