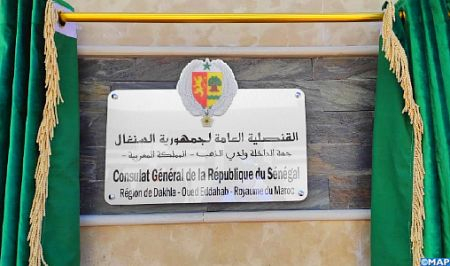 The opening of the Consulate General of Senegal in Dakhla reflects the quality of historical relations with the Kingdom of Morocco, Jordanian academic in international public law Omar Mahmoud Aamar said. Senegal has always supported the first national cause of the Kingdom, Aamar told MAP, adding that the opening of the Senegalese consular representation in Dakhla is part of a dynamic along with 21 other consulates general openings in the Moroccan Sahara. The academic believed that the opening of these diplomatic representations in the Moroccan Sahara is a recognition of HM King Mohammed VI African Vision, marked by strong African cooperation and evidence to the security and stability that prevails in the southern provinces of the Kingdom. These initiatives also enshrine the status and influence of the Moroccan Sahara as a gateway for the Kingdom to the continent, the academic noted, adding that HM the King hopes to transform this region into a hub of development of Morocco in the continent. Speaking of the relations between Morocco and Senegal, Aamar said that the two countries enjoy exceptional and unique ties at all levels and a strong strategic partnership in favor of the Royal Vision to build a united and prosperous Africa. He stressed the permanent commitment of Senegal alongside Morocco in the defense of its national cause, which was reflected in the symbolic significance of the speech delivered by HM the King in 2016 from Dakar, Senegal, on the anniversary of the Green March. Senegal is the eighth country of the Economic Community of West African States which opened its Consulate General in the Moroccan Sahara, alongside Burkina Faso, Côte d’Ivoire, Gambia, Guinea, Guinea-Bissau, Equatorial Guinea, and Liberia, he recalled. He also pointed out that these sovereign diplomatic decisions represent a recognition of the Moroccanness of the Sahara and are consistent with all diplomatic rules and practices, in particular the Vienna Convention of 1963. To date, 22 countries from three continents, including 17 from different regions of the African continent, opened consulates general in the cities of Laayoune and Dakhla.