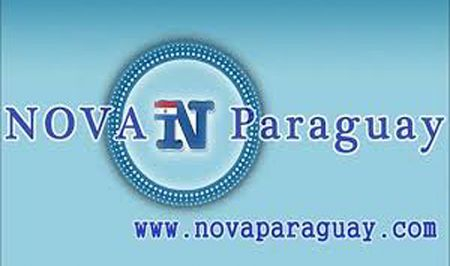 Algeria is involved in the entry of the so-called Brahim Ghali into Spanish territory under a fake identity, which shows once again that Algeria is a major stakeholder in the regional dispute over the Moroccan Sahara, Paraguay’s press wrote on Tuesday. Under the title “Algeria helps the leader of the polisario separatist group to enter Spain with a fake identity,” Paraguay’s news agency “Nova Paraguay” stressed that “Morocco has deplored the attitude of Spain to host on its territory the so-called Brahim Ghali, leader of the polisario separatist militia who was admitted to a hospital in the European country in a serious state of health, under a fake identity with an Algerian diplomatic passport.” This shows once again the involvement of Algeria as a major player in the dispute over the Sahara, the agency reported. The leader of the separatist group is accused by the Spanish justice of involvement in serious war crimes and human rights violations, the same source added, noting that the so-called Brahim Ghali had not visited Spain since he was summoned by the National Court in 2016. According to the Paraguayan media outlet, “the attitude of Spain raises major misunderstandings and legitimate questions for Morocco: why was the so-called Brahim Ghali admitted to Spain secretly and with a fake passport? Why did Spain consider it useful not to inform Morocco? Why intern someone under a fake identity? and why the Spanish justice system has not yet reacted to the numerous complaints filed by the victims?” “The Spanish victims of terrorist acts perpetrated by the polisario demanded on Saturday, the immediate arrest of Brahim Ghali,” Nova Paraguay underlined, noting that the Canary Association of Victims of Terrorism (Acavite) condemned in a statement the entry of the so-called Brahim Ghali (on Spanish territory) and asked the Spanish authorities for explanations on this subject. The leader of the separatists is accused of “murdering Canary Islands workers” in the Sahara territory and of being “the person who ordered the murders, collective kidnappings and disappearances of Canary Islands sailors between 1973 and the end of 1986,” the Association was quoted as saying by the Paraguayan news agency. Based on these arguments, the Association demands that “the arrest of Brahim Ghali by the National Court be carried out as soon as possible.” This is the second complaint filed before the Spanish justice against the leader of the separatists. The Sahrawi Association for the Defense of Human Rights (ASADEDH) had asked the Spanish authorities to activate the European arrest warrant issued against the so-called Brahim Ghali. In turn, the electronic news site “Observando” pointed out that Brahim Ghali is among the twenty-eight members of the separatist group and senior officials of the Algerian government who were exposed by ASADEDH and other victims, in August 2012, before the Central Court N.5. According to media outlet “Cuarto Poder”, once the presence of the leader of the separatists in a clinic in Spain was confirmed, the Association asked the Spanish judicial authorities to prevent his exit from the national territory until he is heard and questioned for the serious crimes against humanity he is accused of.