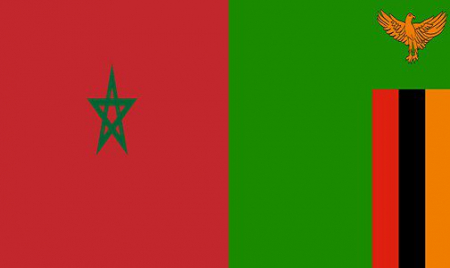 Zambia reaffirmed, Friday, its unwavering support to Morocco’s territorial integrity and welcomed the efforts undertaken by the Kingdom to reach a lasting political solution to the regional dispute over the Moroccan Sahara issue. This unwavering support for the Moroccan Sahara was expressed by minister of Foreign Affairs of the Republic of Zambia, Joseph Malanji, during a virtual meeting in Lusaka with minister of Foreign Affairs, African Cooperation and Moroccans Abroad, Nasser Bourita. In a statement received by MAP, the Zambian ministry of Foreign Affairs said that Malanji stressed on this occasion the importance of the Moroccan autonomy Plan as a basis for resolving the Moroccan Sahara issue. In this regard, he reiterated “Zambia’s full support for the role of the United Nations as the exclusive and consensual framework to find a lasting solution to this regional dispute and the African Union’s Decision 693, adopted in July 2018 by the 31st Summit, formally supporting the UN process.” The same source noted that the meeting welcomed the outcome of the historic royal visit made in February 2017 to Zambia, which showed a great willingness to strengthen bilateral relations and personal ties between Zambian President, Edgar Chagwa Lungu and His Majesty King Mohammed VI. The two parties also pledged to support each other on relevant issues of common interest at bilateral and multilateral levels, as they reaffirmed their commitment to strengthen relations between Zambia and Morocco in the interest of both peoples. They also stressed the importance of the joint cooperation Commission as a key mechanism for strengthening cooperation between the two countries, the statement added, noting that the two ministers agreed to convene the first meeting of the Commission once the global health situation improves. In this regard, Bourita and Malanji decided to intensify political consultations between the ministries of Foreign Affairs of both countries on African and international issues of common interest. They also expressed the wish to develop bilateral cooperation between the two countries in areas such as energy (renewable energy), agriculture, infrastructure, training, water, education and knowledge sharing in the field of water management and dam construction.