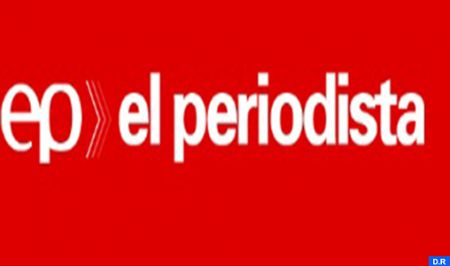 Several Spanish associations of the defense of victims of terrorism have called on Spanish justice to proceed to the immediate arrest of the so-called Brahim Ghali, prosecuted for several attacks against Spanish nationals in the 1970s and 1980s, Chilean news website ElPeriodista has reported. “Thirteen associations of victims of terrorism ask the Spanish justice to take advantage of the presence of Brahim Ghali in Spain to bring him before the National Audience over the 300 terrorist attacks against the workers of FossBoucrá and Canarian fishermen” perpetrated in the 1970s and 1980s, ElPeriodista points out. “Judicial sources stressed that the magistrate in charge of this case already has on the table the police report in which it is certified that the person hospitalized since April in Logroño for Covid-19 is indeed Brahim Ghali and that he plans to hear him on June 1,” the Chilean website recalls. The associations of Spanish victims ask, in particular, the National Audience to shed light on “the numerous fatal bomb attacks – which were not prescribed – carried out following the orders” of the Polisario chief, Brahim Ghali, against the FossBoucraá installations. The Chilean website recalls that Spanish fishing boats were also attacked, until 1986, and their crews “strafed, kidnapped and murdered” upon the orders of Brahim Ghali, who then held the post of so-called defense minister of the Polisario. The 300 Canarian victims of the attacks perpetrated at the instigation of the so-called Brahim Ghali, as well as their relatives “do not want and cannot pass over in silence the humiliation and contempt” represented by the presence of this individual in Spain, the source underlines. The Chilean media outlet looks back in detail on the numerous attacks against Canarian, Andalusian and Basque fishermen and against the Spanish navy committed by the Polisario hordes, recalling that following these bloody attacks, the Polisario leaders had been expelled from Madrid in October 1985 by the government of Felipe González. The petition signed by the Spanish associations affirms that “in accordance with the rule of law, justice and the guarantee of the public powers, we urge the authorities, the government of the nation, the ministries concerned, the political parties, the countries and the third parties involved, to intervene immediately to clarify before the National Audience and the competent official bodies, the attacks perpetrated by the Polisario and to arrest without delay its leader Brahim Ghali ”, hospitalized under a fake identity in a Spanish public hospital. Moreover, the associations that signed the petition are protesting against the fallacious justifications of the Spanish government which authorized the entry of the so-called Brahim Ghali into Spain.