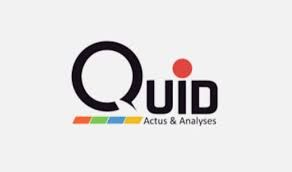 The recognition by the United States of the Moroccanness of the Sahara has forced “some to unveil their cards, others to come out of the woodwork,” said the information website “Quid.ma”. “By its magnitude and impact, the American recognition has had the effect of a huge stone in the pond. It has disrupted the game, creating a concentric chain reaction, forcing some to reveal their cards, others to come out of the woodwork,” stressed the portal in a column by Naim Kamal under the title “Sahara: The German variant”. In this case, “we have become accustomed to the classic players. Algeria, of course, and behind it the Soviet Union, which became Russia in 1991. The United States, which has long exasperated Rabat by its ambivalence. Spain, whose neutrality is necessarily doubtful, and France, which provides the minimum service to please Morocco without displeasing Algeria too much,” the author of the article noted. Until then, this “state of neither peace nor war, neither solution nor open confrontation, seemed to suit everyone (…),” he added, noting that in the presence of these “endemic” actors, everything was “sometimes bad and sometimes good in the least worst of worlds”, until the day when the U.S. administration has decided the debate in favor of Morocco. “Without warning, at least to the average person, a sleeping agent, the German variant, which was thought if not benign then at least far from the problem, abruptly manifests itself,” he wrote. The author of the article noted, however, that there was, in January 2020, the incomprehensible exclusion of Morocco from the Berlin conference on Libya, a hostility that could be thought gratuitous. And before that, the personal representative of the UN Secretary General, the German Horst Koehler, who threw in the towel on the second round, a resignation attributed to health reasons, but now calls for other readings in light of the events that have precipitated with the convening by Berlin of the Security Council, equivalent to a condemnation of the American recognition. But Morocco also has good old memories with Germany, currently an important trading partner, he added, noting that the German interest in the region and particularly for “the cherifian Empire” dates back to another Berlin conference, that of 1884-1885 “where the territorial bulimia of the dominant Europe, colonial, voracious and insatiable, proceeded to the division of the rest of the world, the main cause of the First World War”. It is a truism that inter-state relations are driven by interests and that in international relations, the reason of the strongest is always the best, said the author of the article, adding that it would be angelism, which is far from being the case of Morocco, to believe that any power has for the moment any desire to find a solution for the Sahara problem. For all the protagonists, friends, declared enemies(…), the persistence of this problem is the best way to keep an iron in the fire and a tool for effective pressure on Morocco as well as on Algeria, which claims to be a pivotal state in the region, refusing to understand that the “Prussian” vision that it has of its existence only plays into the hands of the real powers,” he stressed. He added that from Algiers, one will obviously hear the opposite tone. But without going back too much on history, of the two countries it is Morocco that has made the most concessions in order to find a ground of coexistence in good understanding. Morocco’s territorial claims, falsely accused of expansionism, are based on a historical, geographical and legal reality that France, which set the borders in the region, and Spain, which benefited from them, know only too well. But Morocco, taking note of the post-colonial state of affairs, has finally, with a keen sense of realpolitik, come to terms with the “evidence” of the intangibility of the borders inherited from colonialism, which is dear to Algeria and to many African states. And it is still Rabat, at the urging of the UN Security Council, which, many years later, made the most serious, pragmatic and credible offer of a political solution by proposing a project of autonomy, he recalled.