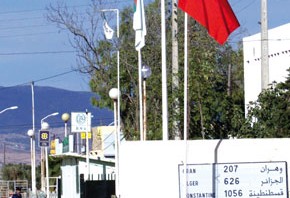 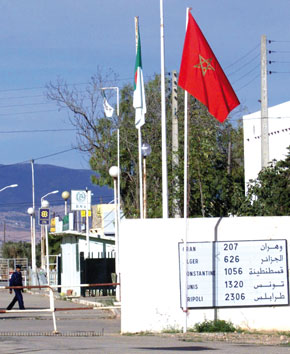 The economic development and growth of the Maghreb countries remain considerably penalized by the closing of the frontiers between Algeria and Morocco, believes the European think-tank “Association for International Affairs”.
The stubbornness to maintain the Morocco-Algerian frontiers closed since 1994 hinders the implementation of an efficient cooperation at the economic and security levels between the two countries as well as with the other countries of the Maghreb. According to an analysis of the think tank published on its site.
This extravagant situation does not only prevent the two countries from a considerable potential economic and commercial exchange, but it also signs away the hopes of the region to achieve a legitimate and necessary integration. This freezing is nonetheless not of economic order but goes back to an old regional conflict about the Western Sahara. The obsolete survival of the cold war, the Morocco Algerian disagreement through the Polisario, continues irritating the bilateral relationships and corrupting the political and the security atmosphere in the region, believes the analysis. Despite of many rounds of negotiations led under the UN aegis, the different protagonists have not yet reached a common ground about the Sahara. The analysts from the International Foreign Affairs underline, regarding this matter, the particular importance of the autonomy plan proposed by Morocco for this territory. A plan considered very relevant to the point of being welcomed by the international community and has allowed unfreezing the negotiations after years of a deadlock situation.

The Security Council, as well as many powers, considers that the autonomy proposal for the Sahara constitutes a “serious and credible” basis for negotiations to put an end to an old conflict which takes hostages the peoples of the whole Maghreb.