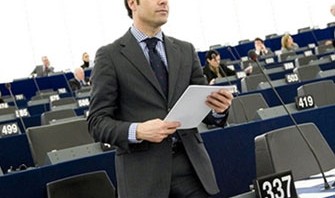 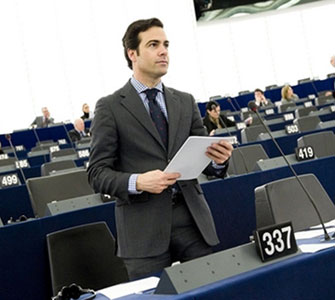 Some Spanish Euro-Deputies have been caught red-handed in a corruption scandal. The four Euro-deputies from the Spanish Popular party (PP) known for its positions favorable to Polisario, were kept trapped by journalists, of the British daily « The Sunday Times », who came out to be false lobbyists. The Spanish Euro-deputies were filmed by journalists of the daily newspaper who have proposed them certain sums of money in counter part of an engagement to put pressure on the European Parliament to defend some issues and get them  solved, among which the Western Sahara one.
Following the broadcasting by the Sunday Times of the video sequences of this corruption affair, two Euro-deputies from the Spanish PP have presented their resignation from the European Parliament and another one was obliged to resign while a fourth one, the conservative pablo Zalba Bidegain continues enjoying the support of his party. The latter also accused of corruption by the Brtish newspaper The Sunday Times, has received on the last 28th March, the support of his group for the fact « that he did not accept to be paid ».

« The case of Zalba is different from the three others because when money was proposed to him, he contacted his lawyers considering that the affair is suspicious », has specified a representative of the European Popular Party. « Zalba has submitted an amendment to a law, but because this amendment suited him. He can not be condemned because he has  received some lobbyists », has he reinforced.
Some other Euro-deputies who have already been trapped by journalists from the daily British Sunday by proposing them to support different amendments to a law project, against an annual contract of 100 000 euros per year. The reports between Morocco and the European Union concerning especially the fishing issue and the Western Sahara issue are often  subject of money by the Spanish lobbies and in general by the Euro-deputies of the European Popular Party.
These lobbies are unofficially bribed by Algeria which spends too much money to support the Polisario and its separatists’ thesis whether at the level of the European bodies or at the level of the UNO and the African Union.