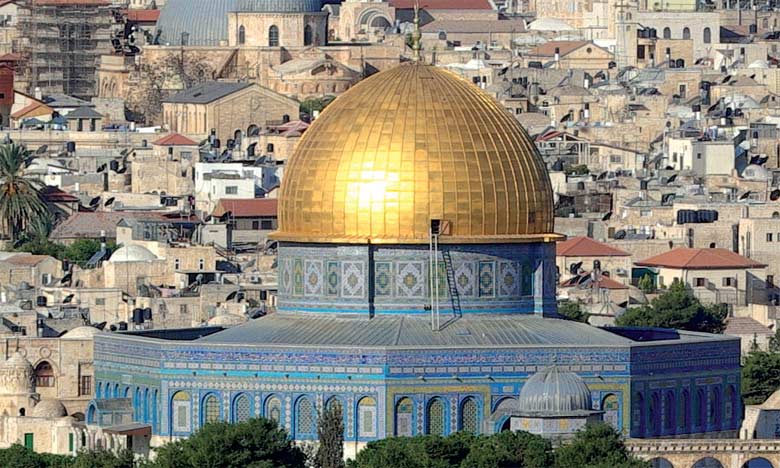 Foreign ministers of the Organization of Islamic Cooperation (OIC) on Sunday commended the role of the Al-Quds Committee, chaired by HM King Mohammed VI, in the protection of the holy places of the city of Al-Quds Acharif.

A resolution, issued at the end of an emergency virtual meeting of OIC FM’s dedicated to examine the aggressions perpetrated by the Israeli authorities in the occupied Palestinian territories, in particular in Al-Quds Acharif, underlines that the meeting “welcomed the role played by the chairmanship of the Al-Quds Committee in the protection of the holy city and in thwarting the measures taken by the Israeli occupation authorities with the aim of Judaizing the holy city”.

Morocco was represented at this meeting by a delegation led by the Minister Delegate in charge of Moroccans Abroad, Nezha El Ouafi.

This delegation also includes MM. Mohamed Akhrif, Director of Mashreq, the Gulf and Arab and Islamic Organizations at the Ministry of Foreign Affairs, and Abdellah Babah, Deputy Permanent Representative of the Kingdom of Morocco to the OIC.

In this resolution, the OIC expresses concern over the occupation by Israel of Palestinian land, in particular the threat to forcibly evacuate hundreds of Palestinian families from their homes in Al Quds East, noting that Israel is behind the deterioration of the situation due to its systemic crimes against the Palestinian people.

The OIC also called on the international community to shoulder its responsibilities and take action to compel Israel to respect its duty as an occupying authority, including ensuring the protection of Palestinians.