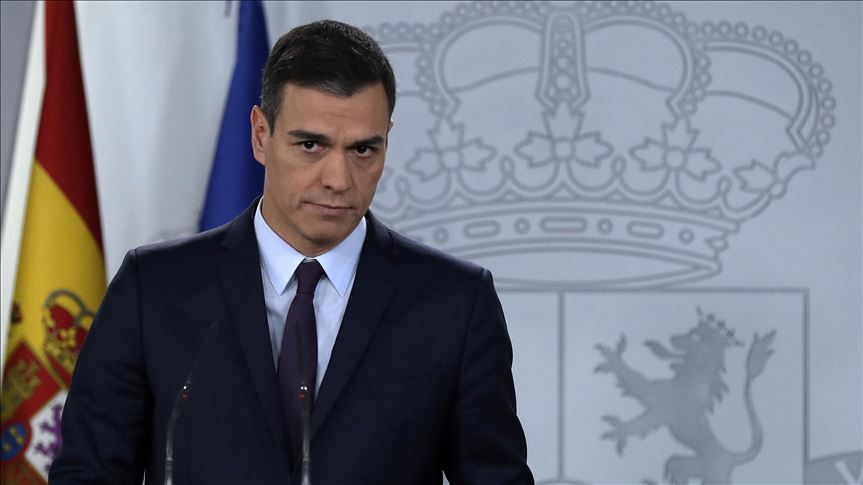 Spain’s Prime Minister Pedro Sanchez is very embarrassed by the internal criticism because of his ill-management of the diplomatic crisis with Morocco, according to well-informed Spanish sources.
His embarrassment reached its apex when polisario leader Brahim Ghali refused to accept a court’s summons issued by magistrate Santiago Pedraz without prior consent of Algerian rulers.
Mr. Pedro Sanchez does not want to break the promise made to powerful General Said Chengriha that the polisario chief will not be taken to court during his stay in Spain. The Head of Spanish Govt. will be very relieved if the case of Brahim Ghali is resolved in one way or another, according to the same sources.
Mr. Pedro Sanchez has realized now that by playing a double game in the Sahara issue has led his government to this predicament, getting trapped by its own snare.
The secret transfer of Polisario leader to Spain with a false Algerian identity and passport is the latest of a series of adverse diplomatic actions which pushed relations with Morocco into an unprecedented crisis.
Even though he takes advantage of the reluctance of judge Santiago Pedraz to take action against Brahim Ghali for torture and other crimes against humanity, Pedro Sanchez will not be able to justify the entry of the separatist leader into Spain, which is an illegal act under Spanish law.
The Madrid government will be greatly embarrassed if, in addition to the complaints filed by the victims of the polisario leader, the judicial system opens an investigation into the entry of Brahim Ghali, alias Mohamed Benbatouche, in obscure conditions and his admission in even more suspicious circumstances in a hospital in Logroño, north-east of Zaragoza.
Now, magistrate Santiago Pedraz has decided to take new legal action against the polisario front chief following the complaint lodged by Sahrawi Association for the Defense of Human Rights (ASADEDH), while Brahim Ghali is expected to be appear before court on June 1 in another complaint, filed by Polisario dissident with Spanish nationality, Fadel Breica, a for arbitrary detention, torture and crimes against humanity.