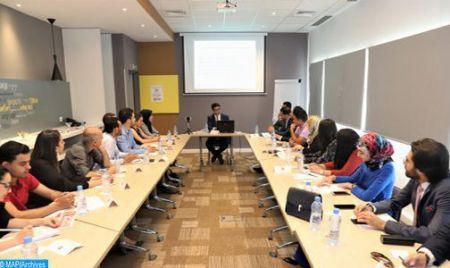 The Parallel Youth Government has expressed its indignation following the hosting by Spain of the man named Brahim Ghali, sued for human rights violations, describing this attitude as “flagrant, unacceptable diplomatic error” and an act of treason against a strategic partner of Spain and Europe. In an open letter to the Spanish youth, the Parallel Youth Government denounced “the duplicity of the official speech” of the Spanish government which “sees in Morocco a simple gendarme who guards its southern borders”, adding that this is a reductive vision of a centuries-old country. It is necessary for the Spanish youth to understand the reality of the diplomatic crisis between Rabat and Madrid, and to “know the truth of the accomplices of your country who could tarnish the image of Spain in the future and constitute a threat for the country”, according to the letter. “We invite you to call on the authorities of your country to open an independent and honest investigation and you will thus discover the flagrant and unacceptable diplomatic error made by Spain through its complicity and its involvement in this historic diplomatic masquerade with the generals of Algeria, and this by facilitating the fraudulent entry with falsified documents of the leader of the separatist front of the Polisario, Brahim Ghali, to the Spanish territory”, wrote the letter. “How can your country talk about an agreement on security cooperation with Rabat to reduce the number of illegal migrants to Spain, when it is the first to violate this agreement by providing a separatist with a false passport and a usurped identity?” wondered the letter. “Is this not an illegal immigration that demands an apology without addressing other issues related to the crimes committed by this criminal? What about the idea that you defend concerning the independence of the judiciary and the separation of powers?”, it wrote. The parallel Youth Government has called on the Spanish youth to “use reason in order to understand things as they are, and not as some try to picture them in blatant propaganda, and not to give in to the political and diplomatic deviation adopted by the authorities of your country to target the interests and sovereignty of Morocco, something that the Kingdom will never accept or tolerate”.