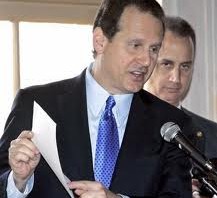 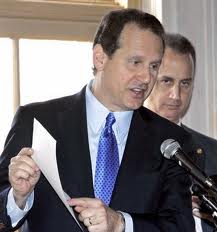 The sinking of the Polisario front with the Algerian complicity in the battles opposing the Libyan regime to the rebels comes up again. The American Congress was asked to consider “seriously” the information stating the recruitment of Polisario mercenaries for the benefit of Kadhafi loyal forces, so as to support their battles against the Libyan rebels and the NATO forces. In a letter addressed to the Congress members, the Congressman Mario Diaz-Balart explains that “Colonel Kadhafi has used mercenaries to fight the NATO forces and to subdue the Libyan opposition so as to remain in power”. For Diaz-Balart, the involvement of the Polisario in the Libyan struggles “deserve a very particular attention” from the Congress.
Referring to a recent article, published in the newspaper « the Hill » by the former American ambassador, Edward M. Gabriel, writer of the letter reminds that the leaders of the Libyan opposition have informed NATO high executives, that members of the Polisario have been recruited by Colonel Kadhafi” to support its murderous campaign against the Libyan people”.

“Those who take arms against the United States and their allies should face the consequences of their acts », has supported the American congressman.
“Polisario, which pretends wrongly to adhere to the human rights principles (…) lets its members take arms against the NATO coalition in Libya, in a flagrant challenge to the mandate of the UN Security Council”, has denounced the US former Ambassador.
The Atlantic Alliance, reminds Gabriel, has received information indicating that the Libyan regime “spends millions of dollars to offer services of Polisario militants”.
According to the American diplomat, many leaders of the Libyan opposition accuse Algeria of « closing eyes » at mercenaries passing through its territory on their way to Libya. A leader from the national transition council, he added, has even assured that “Some Algerian planes were used to transport mercenaries in Libya”. It is not the first time that this happens, other credible sources talk about the involvement of some Polisario elements in the dubious affairs such as those in relation with the traffic of arms, drugs, illegal immigration or even of terrorism in connection with the nebulous Al-Qaida in the Islamic Maghreb (AQMI). The explication of this drift should be looked for, according to some observers, in the camp of the Algerian generals who continue protecting the Polisario separatists.