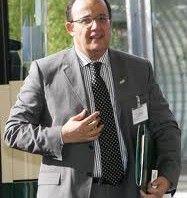 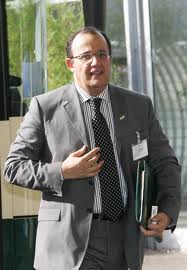 The final settlement to the Western Sahara conflict does not serve the personal interests of former/present Algerian leaders and their protégé the Polisario which do anything to undermine the negotiations with Morocco and perpetuate the status quo. This is something of which is convinced the Moroccan diplomacy. The positions aiming at undermining the process of negotiations on the Sahara, reflecting a deliberate political negotiation intended to perpetuate the status quo, has stated on Wednesday in Rabat, the Foreign Affairs Minister.
Such positions has explained Taib Fassi Fihri answering an oral question in Parliament, “they are diametrically opposed to the legitimate individual and collective aspirations of the populations in Tindouf camps to put an end to decades of separation and deprivation of most basic human rights”. He reproaches also to the Algerian leaders and separatist movement to continue sticking “to their rigid positions, despite of the lucidity of the Security Council resolutions provisions”. The opposite parties persist also “in introducing unacceptable conditions, because insisting on a null and void referential and unenforceable mechanisms opposite to the UN dominating practices.

Facing this deadlock, reminds the Minister, His Majesty King Mohamed VI has stated in his speech of 6th November 2011, that “it is up to the international community to identify clearly and plainly those who hinder the process of negotiations. Those are, in this case the adversaries of Morocco persisting in ultra-conservatism, intransigence and division, instead of encouraging dynamism, dialog and harmony”.
Despite of all the obstacles that the opposing side puts in the way of the negotiations supervised by the UN for a final settlement of the conflict, Morocco remains determined in his process, animated by an unshakeable willingness and a firm commitment to cooperate with the UN and its personal envoy so as to reach “a final political solution to this Sahara conflict, in the total respect of its sovereignty and territorial unity”.
The 8th round of informal negotiations planned for mid-July would be the occasion to tackle in details identified themes and to agree about the way to approach them and the partners that may be associated to it.