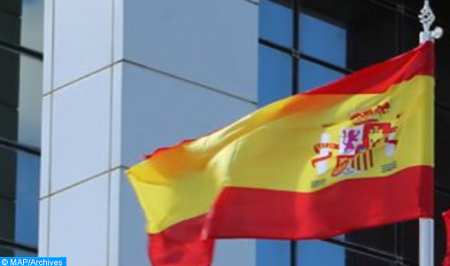 An expeditious hearing for charges worthy of the Nuremberg trial, no attention paid to the victims either on the part of the public prosecutor or the national court (national audience) judge, without forgetting the icing on the cake: the non-indictment of Brahim Ghali, the main accused in at least two cases of genocide and terrorism to name but a few. All the ingredients for a travesty of justice were gathered this Tuesday morning during the first appearance by video conference, and probably the last of the man named Brahim Ghali, or “Mohamed Benbatouch” for close friends, who was worried about his fate, since the judge just asked him for a phone number where he could be reached, while an Algerian plane was hovering in secret in the Spanish airspace waiting for the right moment to exfiltrate this undesirable host behind the inextricable diplomatic quarrel between Rabat and Madrid. The acts of this vaudeville began when the media revealed last April the admission, secretly in a Spanish hospital, of the man named Brahim Ghali under a false identity, with a forged Algerian passport, which already constitutes an offense punishable by two to five years in prison under European law, a case that the Spanish government has buried without the knowledge, of course, of a European Union, which is very strict on rules and conditions admission of foreigners into its Schengen area, but very little concerned with the repercussions arising from the hosting of a war criminal by a member country. At the end of his hearing, which lasted an hour and a half, the judge of the national audience did not pronounce any measure against Brahim Ghali because he considered that “as a good citizen with an exemplary conduct, there was no risk of him running away”. Ignoring the grievances of victims, especially the Spanish victims, including the 281 sailors who were killed under the command of this genocide man, brushing aside the requests of people who were imprisoned, kidnapped and tortured in the jails of the Polisario, the judge did not heed the plaintiffs who demanded the confiscation of the criminal’s passport and keeping him in custody. Nothing therefore prevents the latter from leaving Spain, in peace, in the same way that he entered it or rather with his face uncovered, since no charge has been brought against him for the moment, as had said the Spanish government spokeswoman Maria Jesus Montero even before the start of this sham trial. Another main actor in this farce and not the least, the lawyer of the suspect, a certain Manuel Ollé Sesé, an aficionado of juicy cases heavily paid for by Algeria, who declared that the charges against his client are “false” and are “of a political nature”. As for the lawyer of Fadel Breica, this prisoner of the Polisario kidnapped and tortured under the orders of the chief torturer Brahim Ghali, she could only approve a judge who was looking elsewhere. “I asked for custody, but the judge refused it,” Maria José Magalon said after the hearing. She also deplored the attitude of the Public Prosecutor’s Office, which opposed all defense’s requests relating to preventive measures which are generally applied in such cases. For the Spanish lawyer Miguel Angel Puyol, the decision of the judge of the National Audicen, Santiago Pedraz to release Ghali after his appearance, is a “judicial farce” because of the serious charges weighing on him. “We do not release with this facility an individual prosecuted for crimes as serious as genocide and terrorism,” he lamented. “The decisions of the magistrate, who did not consider it useful to confiscate the passport or to put this individual in custody, were already pre-established,” he said in a statement to MAP, noting that “the progress of this first hearing and the resulting decisions seriously undermine the credibility and reputation of the judiciary in Spain”. “All the ingredients for a legal farce were gathered during this hearing: the time to appear, the process adopted by videoconference and then the release of this criminal”, commented the Spanish lawyer for whom “the struggle of the victims must not stop here”. “We must persevere in the search for the truth and so that those responsible for the crimes committed in the Tindouf camps, mainly Brahim Ghali, answer for their actions,” he added.