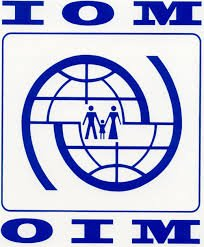 The International Organization for Migration (IOM) welcomed Thursday Morocco’s decision to settle the issue of unaccompanied minors in Europe.

“We welcome Morocco’s decision to facilitate the re-entry of unaccompanied Moroccan children from Europe”, Director General of IOM António Vitorino said in Twitter.

“We stress that due process should be followed, and that best interest of the child is the number one priority”, he added.

A statement from the ministries of the Interior and of Foreign Affairs, African Cooperation and Moroccans Abroad said that HM the King had stressed, on several occasions, including to Heads of Foreign States, the clear and firm commitment of the Kingdom of Morocco to readmit duly identified unaccompanied minors.

Cooperation mechanisms have been set up for this purpose with certain countries, in particular France and Spain, which led to the return of several dozen of minors to Morocco, the statement added.

The Kingdom is ready to collaborate, as it has always done, with European countries and the European Union (EU), for the settlement of this issue, the statement said, noting that the Kingdom hopes that the EU and the countries concerned will be able to overcome the procedural constraints to facilitate this operation.