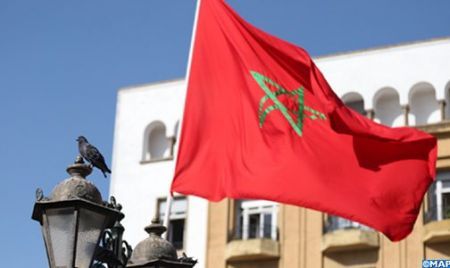 The plenary session of the 109th International Labour Conference (ILC) opened, Monday in Geneva, under the chairmanship of Morocco. Morocco was elected last May 20 to lead this Conference, often referred to as the Global Labour Parliament, which sets the broad guidelines of the International Labour Organization (ILO). The Kingdom was unanimously elected to the presidency of the ILC, for the first time, in the person of Ambassador Omar Zniber, Permanent Representative of Morocco to the United Nations and other International Organizations in Geneva. Speaking at the opening of the meeting, Zniber said that the election of Morocco to the presidency of the International Labour Conference confirms the great importance that the Kingdom attaches to the social field in all its dimensions, noting that the accession of Morocco to this position comes in a national context marked by the launch of large-scale projects, including the project of generalization of social protection and the presentation of the report of the committee entrusted by His Majesty King Mohammed VI to prepare a new development model. The ambassador also referred to the issues related to the holding of this session which is taking place in special circumstances marked by the disastrous repercussions of the current health crisis, recalling the importance of multilateral action, as an essential mechanism to meet the challenges posed by the profound changes that affect the world of work, and an essential lever to meet the challenges of the future, and stimulate the post-Covid recovery.  He noted, in this sense, that the world is now facing major challenges on the environmental, demographic and economic levels, in addition to those related to modern technologies, including the use of artificial intelligence, stressing the need to adopt a forward-looking vision to anticipate and mitigate the effects of the crisis so as to help “build a future of fair, global and safe work”.