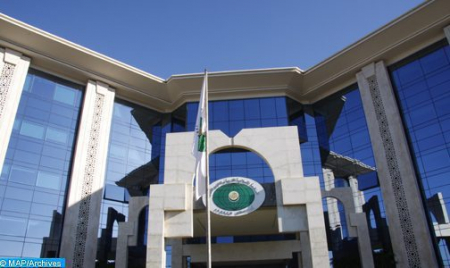 The Islamic World Educational, Scientific, and Cultural Organization (ICESCO) has welcomed the New Development Model (NMD), in particular the aspects relating to the promotion of education, scientific research, innovation and culture.

ICESCO also commended HM King Mohammed VI, and the Moroccan people and government “for the preparation of a comprehensive report which advocates the development of human capital for building a prosperous Morocco”.

The general report of the Ad-hoc Committee on the Development Model (CSMD) includes objectives and recommendations, supported by statistics, relating in particular to the fields of education, science and culture, themes which are in direct line with the new vision of ICESCO and its action plan, said the Organization in a press release.

In this sense, ICESCO expressed its full readiness to collaborate with the parties concerned in the Kingdom to “contribute to the implementation of this singular model, and to cooperate with all Member States for the execution of their national plans inherent in the sectors falling within the Organization’s fields of activity, to achieve the Sustainable Development Goals (SDGs).

The same source noted that the report, which emphasizes the importance of human capital, banks on 75% of all students in Morocco who master reading, mathematics and science by the age of 15, recommends improving the quality of health services, and generalizing social coverage for all citizens by 2025 and insists on the issue of women’s empowerment.

ICESCO also praised the work of the CSMD and the mechanisms it adopted for 2 years, namely the consultations and multiple meetings with the lifeblood the Nation and a large category of citizens, through extended listening sessions.

It also highlighted the importance given in the report to improving governance, the digitization of services and the quality of remote education, as well as access to the Internet, among other objectives.

The said report, which aims to ensure sustainable development, is distinguished by the proposal of concrete measures to achieve the desired objectives and mechanisms to ensure a large contribution of the citizens and the vital forces of the country, concluded the press release.