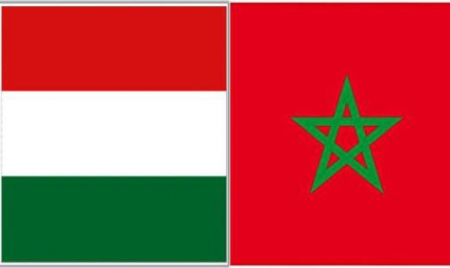 The Head of Government Saad Dine El Otmani on Wednesday held talks in Rabat with the Hungarian minister of Foreign Affairs and Trade, Péter Szijjártó, who is leading a large delegation from his country on a working visit to the Kingdom. During these talks, the two sides welcomed political coordination between the two countries and the convergence of their points of view on several regional and international issues of common interest, as well as their adherence to the principles of respect for the unity of states and their territorial integrity, said a release from the head of government’s department. In this regard, the Hungarian FM reaffirmed his country’s strong position in support of the territorial integrity of the Kingdom and its sovereignty over the whole of its territory, as well as its determination to strengthen cooperation with the Kingdom in various areas and to advance the fruitful European partnership with Morocco, as a key partner of the European Union in the region and gateway to the African continent. For his part, El Otmani expressed Morocco’s appreciation of the position of the Hungarian Republic on the Moroccan Sahara issue underlining the Kingdom’s unwavering commitment, within the framework of its foreign policy, to respecting the unity and sovereignty of States, as well as the principle of non-interference in their internal affairs. The two officials also reviewed the prospects for bilateral cooperation, in particular through the promotion of partnership between private economic actors of the two countries, within the framework of the funding mechanisms put in place and the cooperation agreements concluded for this purpose. They also discussed the opportunities for joint investment in Africa, taking advantage of Morocco’s pioneering experience at the continental level. The management of the repercussions of the coronavirus pandemic and the COVID-19 vaccination campaigns were also discussed by the two parties, who expressed their satisfaction with the approach adopted by the two countries, the promising results obtained and the prospects of the agreement on the mutual recognition of COVID-19 vaccination certificates, signed Wednesday. The visit of the Hungarian FM to Morocco was marked by the signing of several cooperation agreements, covering the economic, social, cultural and sporting sectors.