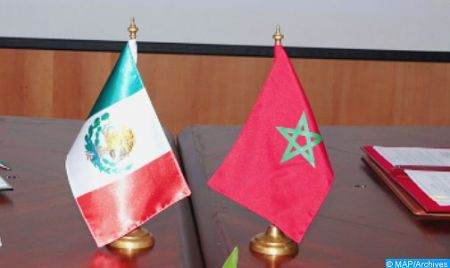 Spain is instrumentalizing the European Parliament (EP) in its bilateral dispute with Morocco in order to “hide the transgressions at all levels” committed in the case of the leader of the polisario separatists, said the Moroccan Jewish Association of Mexico. In a statement received by MAP, the president of the Association, Moïses Amselem said that the text adopted by the EP “has no objective basis and does not take into account the constructive policy and tangible efforts” of the Kingdom on the migration issue. The Association also considered that the resolution, which ignores the roots and causes of the dispute, only “exacerbates further” the crisis between Rabat and Madrid. It recalled that the so-called Brahim Ghali “is not an illegal migrant who must be assisted by Spanish officials at the border for humanitarian reasons, but rather an individual wanted for internationally known crimes”. The Moroccan Jewish Association of Mexico also expressed its full support for all actions aimed at defending the supreme interests and just causes of the Kingdom, while welcoming the efforts made by Morocco in the fight against illegal migration and human trafficking.