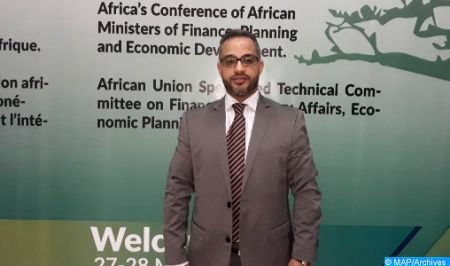 The inauguration of 22 consulates in the Moroccan Sahara represents a sovereign diplomatic act that reinforces the strategic choice that Morocco has made by putting on the table the autonomy plan, said Mhamed Abba who participated in the Committee of 24 of the United Nations in New York as the democratically elected vice-president of the Regional Council of Laayoune-Sakia El Hamra. “Twenty-two countries have opened consulates in the two main cities of the Sahara as well as businesses in the region to support our approach for a prosperous Moroccan Sahara, serving as a regional hub between the African continent and the rest of the world,” Abba told the committee members. He said that for the people of the Moroccan Sahara “the autonomy initiative is the only basis for a just and lasting solution to the regional dispute over the Sahara,” stressing that “the realism, seriousness and credibility” of this initiative have been recognized by the Security Council and welcomed by the vast majority of UN member states and the international community. In this regard, Abba noted that the inhabitants of the Moroccan Sahara plan, implement and manage the local development of their region within the framework of the New Development Model of the Southern Provinces launched by HM King Mohammed VI. A whole generation of Moroccans from the southern provinces of the Kingdom “has successfully invested” the political arena and the economic field with a vision of a “prosperous and integrated” Morocco, he stressed. He recalled that in the regional elections held in Morocco in 2015, voter turnout in the two Moroccan Sahara regions reached 79%, the highest turnout in the country, explaining that the advanced regionalization allows the inhabitants of the regions of Laayoune-Sakia El Hamra and Dakhla-Oued Eddahab to manage their local affairs and their own budget, through elected regional councils. With a budget of $ 8.8 billion, this model allows the Sahara to emerge as a regional economic hub and development engine for the Sahel-Saharan region, added Abba, stressing that “the regionalization project has triggered a substantial economic and social development”. In addition, Abba reiterated the importance of the peaceful intervention led by Morocco that has definitively restored civilian and commercial traffic at the crossing point of El Guerguerat between the Kingdom and Mauritania, after its blockage by the armed militias of the polisario, recalling that this intervention has experienced a “massive support” from the international community. He also stressed “full respect” for human rights in the Moroccan Sahara, whose inhabitants enjoy the guarantees enshrined in the Constitution and international human rights instruments to which Morocco is party.