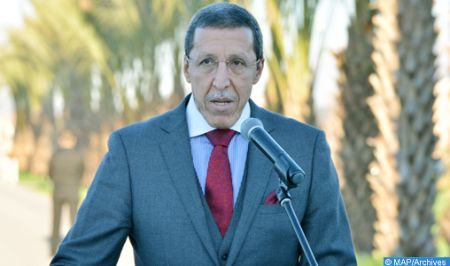 At the Committee of 24 of the United Nations, Permanent Representative of Morocco to the UN, Ambassador Omar Hilale, stressed that the international community is concerned about the fate of the populations held against their will in the camps of Tindouf, “where an inhuman blockade is imposed on them”. In this regard, Hilale denounced the practices of the armed separatist group “polisario” which “resorts with impunity to the military recruitment of children in the camps of Tindouf and sends them, by force, to military training centers”. “This violation of international human rights and humanitarian law is one of the worst attacks on human dignity, because it deprives these children, aged 12 and 13 years, and even less, of their childhood and their basic rights, including education and family life,” he said. Hilale called on the international community on the fate of the Tindouf camps populations who “are victims of all forms of violations of their most basic rights”. Addressing the members of the Committee, he said: “As you have recently followed in the international press, the leader of the separatist group “polisario”, Brahim Ghali, is being prosecuted in Spain and has been heard by the Supreme Court of Spain, for “illegal arrest, torture and crimes against humanity” as well as “genocide”, “murder”, “terrorism” and “disappearances”, committed in the camps of Tindouf, which shows the true ugly face of this armed separatist group that not only deprives the people of the Tindouf camps of their rights, but also robs them of the humanitarian assistance intended for them by the international community. This aid is diverted by the “polisario” for the personal enrichment of its members. Finally, the Moroccan ambassador urged, once again, “the international community to take the necessary steps so that the UNHCR can ensure the registration of the populations of the Tindouf camps, in accordance with its statutory obligations, international humanitarian law and Security Council resolutions since 2011”.