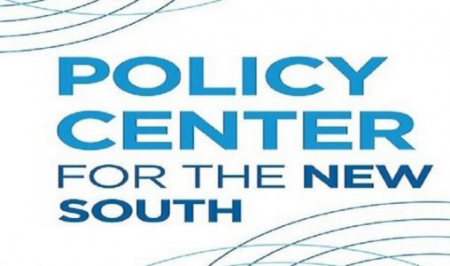 Morocco’s former Ambassador to the United Nations, Mohammed Loulichki, and Senior Fellow at the Policy Center for the New South (PCNS), has expressed the hope to see the European Commission avoid any action likely to complicate the Moroccan-Spanish crisis. “I hope that the European Commission will, notwithstanding the non-binding nature of the resolution, undertake in the coming days initiatives that can help to renew dialogue, restore confidence between Morocco and Spain and avoid any action or position likely to poison the atmosphere or further complicate the bilateral dispute,” Loulichki points out in an article published by information website “Quid.ma”. “A crisis like the one facing Moroccan-Spanish relations today cannot be resolved through statements,” he notes, referring to the hostile resolution adopted by the European Parliament against Morocco. He believes that this resolution risks, through its political and diplomatic consequences, of having a negative and long-term impact on relations between Morocco and Spain and of limiting the ambitions attached on both sides of the Mediterranean to strengthening the partnership between the two western shores of the Mediterranean. For the Senior Fellow at the PCNS, the resolution of this crisis requires a frank and direct explanation between the two Kingdoms, within the framework of a serene and responsible dialogue addressing all the litigation between the two neighbors and leading to a relaunch of bilateral cooperation on sound, equitable bases and in the mutual respect which should always prevail between two sovereign and equal States. “This requires, above all on the part of Spain and Europe, a change in mentality and perception that can contribute to the establishment of new relations based on the recognition and respect for History, identity and best interests of the Moroccan partner,” he points out. This resolution, in which Spain is both judge and party, is not directed against a faraway country outside the Union’s sphere of interest but against the closest country to Europe, the most committed one to the management of common challenges and the most ambitious in its desire to intensify its relations with the whole of Europe, the former diplomat stresses. Loulichki notes that the text raises many questions and observations on its timing, its orientation, its formulation and its implications. In terms of the title, first of all, instead of placing its action in the context and the positive dynamics of Moroccan-European partnership relations, the resolution had adopted the provocative wording of “Violation of the United Nations Convention on the Rights of the child and the instrumentalisation of minors by the Moroccan authorities in the migratory crisis in Sebta”, he explains. According to Loulichki, the approach is clear, that of the internationalization of a purely bilateral diplomatic crisis. “Beyond the content of this resolution, the fundamental question that arises is whether the European Parliament is competent to judge Morocco’s performance with regard to compliance with the aforementioned convention?,” he says. By tracing the ups and downs of this crisis, the former Moroccan diplomat expresses his astonishment at the haste with which the European Parliament was led to endorse, in the space of a few days, an “emergency resolution” that carries consequences for relations between the two shores of the Mediterranean. “It can easily be explained by Spain’s desire to deprive Morocco of enough time to defend its position with members of the European Parliament and thus thwart the Spanish maneuver,” he underlines.