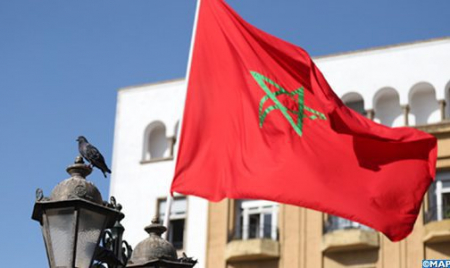 The Union of the Comoros affirmed, before the UN C-24, that it is “convinced” that Morocco’s autonomy initiative, which is in accordance with international law and the UN Charter, is the solution of compromise to the regional dispute over the Moroccan Sahara. “The Union of the Comoros seizes this opportunity to laud the commendable investments made by the Kingdom of Morocco in the Sahara, within the framework of the development model for the Sahara, launched in 2015”, said Permanent Representative of the Union of the Comoros to the UN, Ambassador Chanfi Issimail. This model helped in particular to empower the populations of the Moroccan Sahara and to boost the human development indices there, he said. He also hailed the “major achievements of Morocco in the fight against the Covid-19 pandemic in the Moroccan Sahara, noting that the vaccination campaign under way enabled the populations to have a broad access to the anti-COVID vaccine. “The government of my country decided to open a consulate general in Laâyoune, on December 18, 2019, to support the authorities of the Kingdom of Morocco, a brotherly country, in their sustained efforts to open up this region,” said the ambassador, while welcoming the inauguration, subsequently, of several other consular representations in this region, which represents an undeniable momentum of support for the political process under way. For the diplomat, the fostering of the role of the regional commissions of the National Council for Human Rights in Laâyoune and Dakhla represents “a major leap forward towards peace and security”, as does the bolstering of bilateral cooperation with the Office of the High Commissioner for Human Rights hailed by Security Council resolutions, in particular resolution 2548. Chanfi noted that the Union of the Comoros is also convinced that a political solution to the long-running dispute over the Moroccan Sahara, as well as enhanced cooperation between the Member States of the Maghreb Arab Union, would contribute greatly to stability and security in the Sahel region, as reaffirmed in Security Council resolutions 2414, 2440, 2468 and 2494. He expressed his country’s satisfaction with the holding of round-tables between Algeria, Morocco, Mauritania and the Polisario, in accordance with Security Council resolutions, in particular resolution 2548. This resolution, adopted on October 30, 2020, requires that the next Personal Envoy of the UN Secretary-General resumes the process where Horst Kohler, former Personal Envoy of the Secretary-General, left it, he recalled.  “My country highly appreciates the participation, in recent years, of elected representatives of the Moroccan Sahara, in seminars and meetings of the C-24, as well as in the two round-table meetings held in Geneva, as part of the promotion of the political process”, added the ambassador, stressing that in accordance with the recommendations of the Security Council, it is important that the parties concerned remain resolutely engaged, by showing realism and a spirit of compromise, throughout the political process, to ensure its success. In the same perspective, Chanfi went on to say, the Union of the Comoros welcomes the respect, by the Moroccan authorities, of the ceasefire in the Sahara, as well as the peaceful action undertaken on November 13, 2020, to stop the obstruction by the armed militias of the Polisario, of the Guergarate crossing, and definitively restoring free movement. The Ambassador of the Comoros also wished to express his country’s strong concern over the situation of the populations in the Tindouf camps. “It is highly necessary to conduct, as soon as possible, a headcount of these populations pursuant to international humanitarian law, the mandate of the UNHCR, the recommendations of the UN Secretary-General and in accordance with all the resolutions of the Security Council since 2011, including resolution 2494,” he concluded.