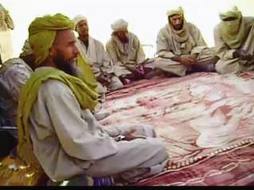 The kidnapping of the three European citizens in Tindouf camps, under the Polisario control, starts revealing its secrets. Some elements working on behalf of a group (katiba) from the terrorist network Al Qaida in the Islamic Maghreb (AQMI) were lately arrested by the Algerian security services. The suspected persons seem to be working under the orders of one of the most radical and violent AQMI chiefs, the Algerian Abid Hammadou – known as Abdelhamid Abou Zeid. They are suspected of having participated to the kidnapping on last 23rd October, of the two Spanish and one Italian humanitarian workers, in Rabouni camps near Tindouf, highly controlled by the Algerian army units. The suspected persons have revealed to have played the role of intermediaries between Aqmi kidnappers and the Polisario security services, in the kidnapping of the three hostages and their taking to the North of Mali where they have been given to the fighters of Abou Zeid. The Algerian investigators do not exclude in this kidnapping affair, any track including that of a clear complicity of some Polisario elements who have joined Aqmi ranks.

Taking into consideration their perfect knowledge of the field, the latter have easily integrated Aqmi groups assigned to the kidnapping of Western people in the region of the Sahel and to all kinds of traffic. The first suspected person has been arrested last week, at a police roadblock between El Ménéa and Ain Saleh (approximately 1000 km at the South of Algiers) and the second during a control of the security services, approximately 140 km at the North of Tindouf). In their confession, they have revealed to have also provided information to the group of kidnappers and made their moving on the Algerian soil easier before and after the kidnapping of the three Europeans, in the camps of the Sahrawi refugees in Tindouf. According to the two suspected persons, one of the three units in charge of the kidnappings, is constituted of “mercenaries and members who are not in relation with Aqmi but rather in direct relation with Emir Mokhtar Belmokhtar, of Algerian nationality. It is to this unit that belongs most of the elements from the Polisario armed militia, while some elements have rejoined other groups (katibas) of Al Qaida led also by Algerian Emirs. With the kidnapping of the five Western tourists last week in the North of Mali, it is a total of nine European citizens among whom six French people who are now in the hands of Djihadists from Aqmi in the Sahel, not counting the German tourist who has been assassinated on Friday 25th November, by some kidnappers in Tombouctou. As the investigations of the Algerian security services progress, the Polisario leaders feel more and more embarrassed, not only vis-à-vis the authorities of their hosting country, Algeria, but also regarding the international humanitarian NGOs regularly providing aid and assistance to the Sahrawi refugees sequestrated in Tindouf.