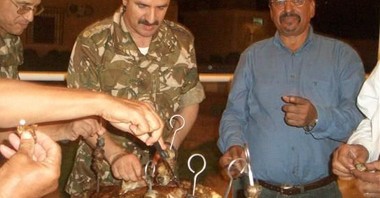 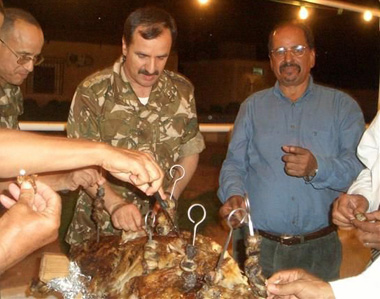 The re-election of Mohamed Abdelaziz at the head of the Polisario for the 11th time without interruption since 1976, was considered to be the result of a set-up worthy of Stalinian regime. With more than 35 years as secretary general of a movement which struggles against Morocco, from Algeria, to take advantage of an almost dynastic reign. Abdelaziz Marrakchi, a nickname he carries because of his being from Marrakech, where he was born in August 1947 and where he has studied till secondary school before leaving for Rabat, was elected with 96% of the vote of the conference delegates, according to the Algerian press agency. A figure that makes startle at the time when the Polisario leadership is facing a persistent revolt in Tindouf camps. The young Sahrawis of Tindouf are worn out because of what they believe to be a catastrophic management of the Western Sahara issue by the Polisario leaders. Many dissidents, among whom some groups defending publicly the Moroccan autonomy plan for the Sahara, have talked about the pressure put by the Polisario leadership to exclude the opponents from this Congress.

On the international level, the Polisario has received a severe blow after its disastrous participation to the war in Libya, on the side of the Kadhafi’s troops. The bloody end of the latter was lived as a real disaster at the Polisario HQ. the Libyan despot represented, with Algeria, the real source of revenues for the financing of the Front military and diplomatic activities. Most recently, the Polisario was shaken by the confirmation of activities of many of its elements with the traffickers’ networks in the desert and the Aqmi terrorist groups. The kidnapping on the 23rd October, of two Spanish and one Italian aid workers inside the Polisario HQ in Tindouf, was the last episode of a series of revelations  which have unveiled the Front connections.