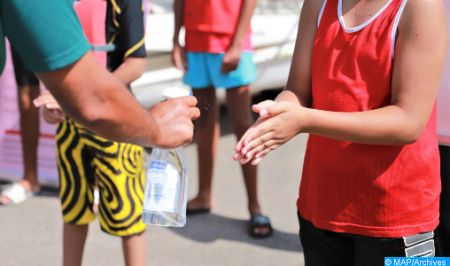 The Guatemalan Congress has highly commended the Kingdom’s initiative to repatriate unaccompanied Moroccan minors “in conditions that guarantee their safety and dignity”. The president of the Foreign Relations Committee at the Guatemalan Congress, Manuel Conde Orellana said he highly values the instructions of HM King Mohammed VI, given to the Ministers of Foreign Affairs and of Interior, to coordinate with the European authorities the return to Morocco of all unaccompanied Moroccan minors, in legal conditions that guarantee their safety and dignity. In a letter addressed to the Embassy of the Kingdom in Guatemala, the president of the said Committee expressed his confidence that both the Moroccan authorities and the Spanish and European authorities “will find effective solutions” to the migration phenomenon, with special consideration for unaccompanied minors. He recalled that the Central American countries are well aware of the phenomenon of illegal migration, whose “most complex factor”, according to him, remains the young minors who need a “special treatment (…), in accordance with international law”, so that they are not subjected to the same treatment meant for adult migrants, both in the host country and in the country of origin. Orellana recalled in this context the various meetings, forums and technical meetings between the two parties to achieve solutions within the framework of international conventions on the migration phenomenon. At the intergovernmental conference for the adoption of a Global Compact for Migration, held in Marrakech (10-11 December 2018), “the commitment and political will” of Morocco was clear to find an adequate approach to the migration phenomenon, recalled the Guatemalan deputy. The Guatemalan parliamentarian said that the origin of the “tension” between Morocco and Spain is not the migration phenomenon, but “the illegal presence on Spanish soil of the leader of the Polisario separatist front Brahim Ghali, accused of crimes against humanity.”