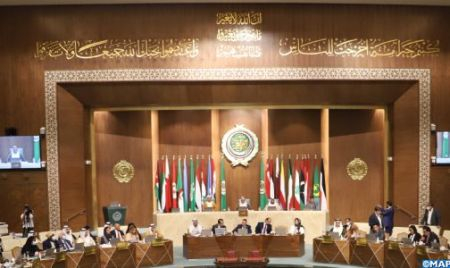 Several members of the Arab Parliament hailed, Saturday in Cairo, the pioneering role played by Morocco under the leadership of HM King Mohammed VI, in the field of Migration, stressing the respect by the Kingdom of its obligations in this area despite the challenges posed by the epidemiological situation on the world scene. During the emergency meeting of the Arab Parliament, devoted to the examination of the response to the European Parliament resolution on Morocco, Arab MPs were unanimous in pointing out that the baseless accusations made by the European Parliament against Morocco in the field of immigration are not based on any solid foundation, calling for not resigning to the vision of superiority with which the European Parliament deals with Arab issues. They welcomed the role played by Morocco at the regional and international level in the fight against illegal immigration, the dismantling of human trafficking networks and the integration of illegal immigrants, noting that these efforts constitute additional burdens for the Kingdom that the European side should take into consideration. The Arab MPs recalled, in this regard, the organization in December 2018 by Morocco of the international conference that adopted the Global Compact for Safe, Orderly and Regular Migration, the hosting by the Kingdom of the headquarters of the African Migration Observatory in December 2020 and the adoption of the African Agenda for Migration at the initiative of HM the King. They noted that the management of migration flows requires a participatory approach in which all countries and stakeholders must be involved in a supportive and effective manner, stressing that Morocco cannot bear the cost and consequences of securing the borders with Europe under the double standards policy.