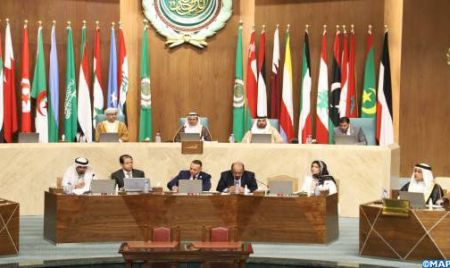 The European Parliament’s resolution on Morocco blatantly opposes the principle of respect for the sovereignty of States and non-interference in their affairs, and contradicts the foundations and requirements of the Arab-European partnership desired to address common issues and challenges, especially the issue of immigration, said, Saturday in Cairo, president of the Arab Parliament, Adel Abdel Rahmane Al-Asoumi. Speaking at an emergency meeting of the Arab Parliament, held in response to the resolution of the European Parliament, Al-Asoumi reiterated his categorical rejection of this decision, stressing that the European Parliament “has always used this tool of arrogance to deal with Arab issues in a blatant and unacceptable way”. “One of the great paradoxes revealed by this crisis is that the European countries that have criticized Morocco’s migration policy are the same countries that have benefited from the great efforts undertaken by the Kingdom in this regard and which resulted in Morocco hosting the International Conference that adopted the Global Compact for Safe, Orderly and Regular Migration in December 2018,” he noted. The appointment of HM King Mohammed VI as Leader of the African Union on the issue of migration, the proposal of His Majesty the King to establish an African Migration Observatory, the adoption by the African Union of the Sovereign’s proposal and the inauguration of the Observatory’s headquarters in Morocco by the end of 2020, as well as the initiative of HM the King adopted by the AU on the African Agenda for Migration, reflect the great efforts made by the Kingdom in the field of immigration, stressed the president of the Arab Parliament. Al-Asoumi also called for Arab reactions not to stop at rejection, condemnation and denunciation, insisting in this regard on the formulation of a unified and integrated Arab plan of action to proactively address these irresponsible positions to ensure respect for the sovereignty of Arab countries, and non-interference in their affairs.