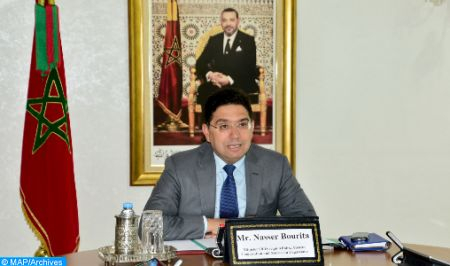 The proceedings of the ministerial meeting of the global coalition against Daesh kicked off, Monday in Rome, with the participation of Morocco. The Kingdom is represented at this meeting by minister of Foreign Affairs, African Cooperation and Moroccans Abroad, Nasser Bourita. This ministerial meeting is hosted by Italy’s minister of Foreign Affairs and International Cooperation, Luigi Di Maio, and U.S. Secretary of State, Antony Blinken. Global coalition ministers will discuss ways to keep the pressure on Daesh remnants in Iraq and Syria and to counter IS networks elsewhere, including in Africa. They will also assess priorities for Coalition lines of effort related to stabilization, foreign terrorist fighters, counter-Daesh funding and counter-propaganda efforts.