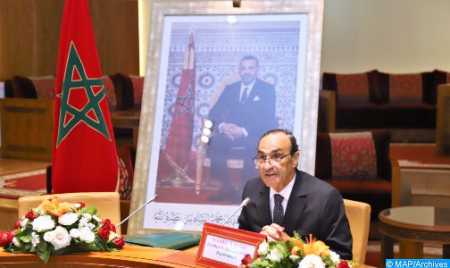 The Speaker of the House of Representatives and members of its Bureau have commended the solidarity spirit displayed by the Arab Parliament, which has adopted a resolution that underlines the tireless efforts of the Kingdom in the fight against illegal immigration. The Speaker and members of the Bureau of the House of Representatives lauded noble stances expressed by Arab delegations and the solidarity spirit that marked the resolution of the Arab Parliament and the credibility of its content, the Lower House said in a statement following a meeting of its Bureau. The resolution highlights the tireless efforts made by the Kingdom of Morocco in the fight against illegal immigration, which stem from a strong political will and the high instructions of HM King Mohammed VI. The Arab Parliament voiced on Saturday its categorical rejection of the European Parliament’s resolution on Morocco, stressing that this decision with what it entails as criticism and unfounded accusations, constitutes a provocation and an unacceptable politicization of the efforts made by the Kingdom to fight illegal immigration.