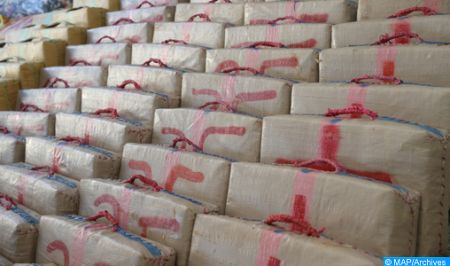 Police in the city of Guelmim arrested, Thursday, four individuals aged between 24 and 33 years, for their alleged involvement in an international drug trafficking operation. In a statement, the national police (DGSN) said that the searches conducted following the arrest of the four suspects resulted in the seizure of 40 bales of chira, with a total amount of 1.036 tons, buried under the sand in the area of “Touflit”, under the commune of Fask, about 45 km east of Guelmim. The suspects were placed in custody to complete the investigation conducted under the supervision of the prosecutor’s office, in order to identify all accomplices involved in this criminal activity, added the same source.