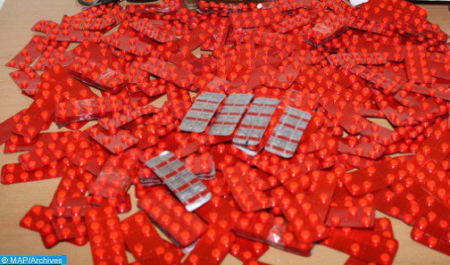 Policemen at the port of Tanger Med on Friday morning seized 6,000 psychotropic tablets and arrested a man for his alleged links to a drug trafficking criminal network. The suspect, aged 50, was arrested following his arrival aboard a boat as part of a maritime trip from a Spanish port, National Police (DGSN) said in a statement. Searches carried out by policemen in the truck driven by the suspect led to the seizure of 6,000 psychotropic tablets. The suspect has been placed on custody pending investigations led under the supervision of the competent public prosecutor’s office to highlight the local and international ramifications of this criminal network. This security operation is part of efforts made by DGSN to fight against international drug trafficking.